As I mentioned in yesterday's post, my introduction to Maxfield Parrish was via a really supercharged young tutor who was in fact part of a group of three graduates from Brighton Art College who arrived to take up part time teaching posts at my then Foundation course which was based in Hastings. 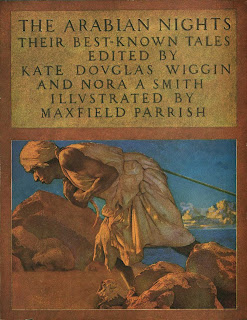 Mike was a true devotee of Maxfield Parrish and 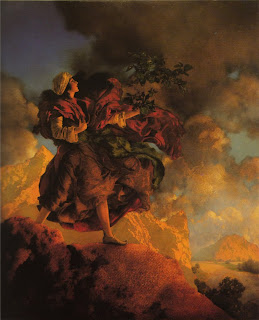 as I said, very generously lent me the only three Parrish books he had, these being the two black and white editions of Kenneth Grahame's "The Golden Age" and "Dream Days" and a copy of Eugene Field's "Poems of Childhood". I avidly poured over these books for a couple of weeks before returning them but there were many more Parrish books that Mike was aware of but had so far failed to locate. Most desirable of which in 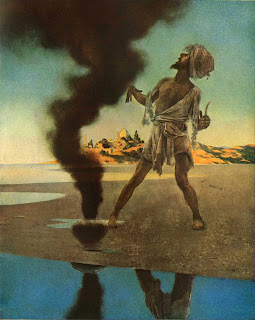 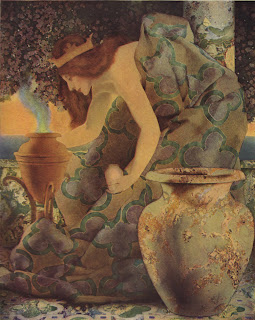 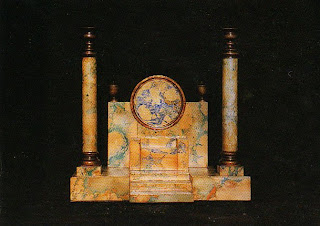 which edition you sourced as some editions only include 9 artworks) of Parrish's sumptuous interpretations of these classic tales. 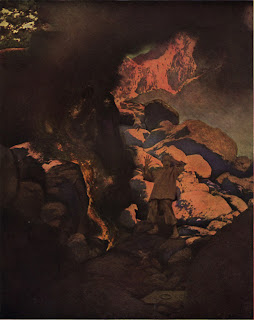 perusing it's contents I had to 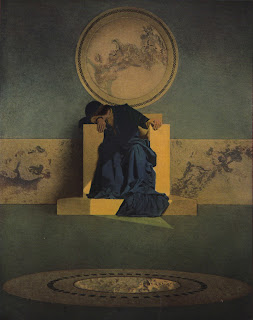 admit it was every bit as captivating as I had been led to believe.

In these illustrations you are once again treated to Parrish's mastery 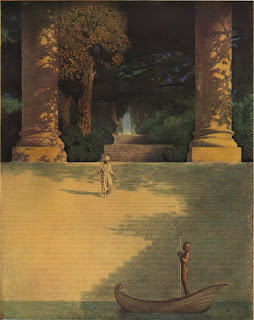 of image manipulation, many of the props that appear in these artworks were carefully constructed by Parrish in his own workshop (the example shown was used for the "Young King of the Black Isles" illustration) and his 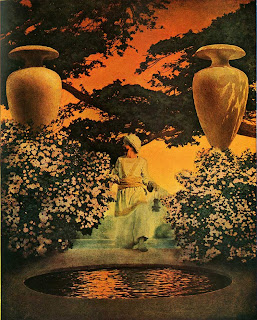 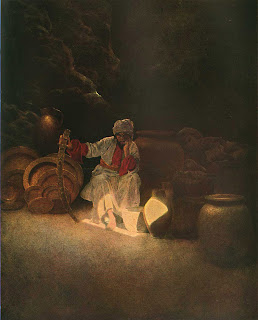 create a quasi-photo realism, which made the fantastic scenes that he was creating all the more seductive and alluring. 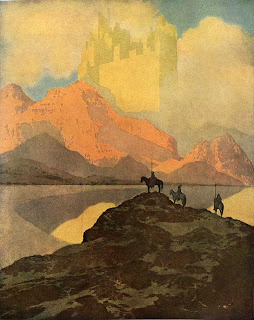 These paintings are a reminder of what was for a brief period a golden age of illustration, where technology had finally allowed an illustrator's work to be viewed as the artist intended as 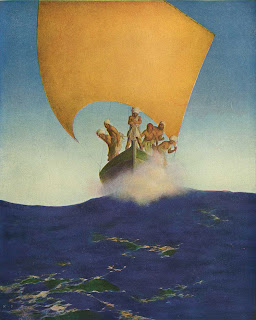 opposed to being reinterpreted by an engraver, or reproduced in a murky monochrome. A pre Hollywood era where people's fantasies were largely stimulated via the printed image and magazines with
massive circulations could indulge illustrators with rewards that would propel them into the league of the super rich. Parrish who was pre-eminent amongst his contemporaries in terms of business acumen managed to 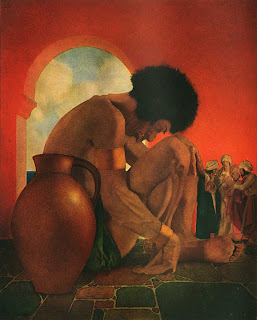 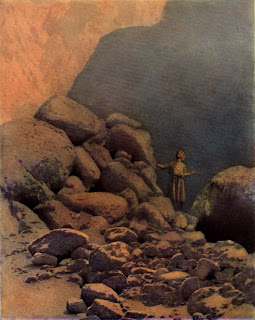 maintain a very comfortable standard of living until he passed away peacefully at the age of 95.