Both Richard Corben and Bruce Jones shared in the experience of having to sustain a long courtship before either of them received paid assignments from the court of James Warren. In the case of the hugely talented but disarmingly diffident Corben, despite sending samples, covers and complete strips he had to wait 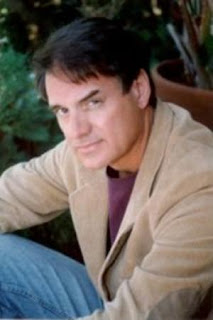 over a year before he finally received his first assignment from Warren. He ruefully reflected some years later that the resistance to his advances was down to the kind of New York mentality that really doesn't want to bother itself with people outside of the magic circle and certainly not someone from Kansas City of all places.

Bruce Jones who coincidentally also had roots in Kansas City had an altogether different approach. With classic good looks and a determination to make it in either movies, as an actor or a director or in print as an artist or a writer - the aim of getting stories across in one form or anothe 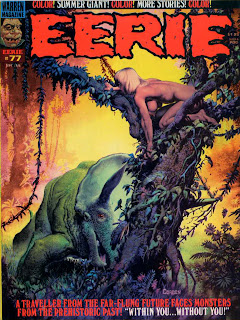 r being his guiding mantra, he swiftly divined that his best chances of achieving his ambition was to get himself either to California or Ne 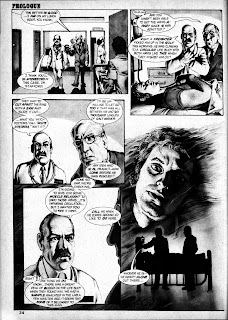 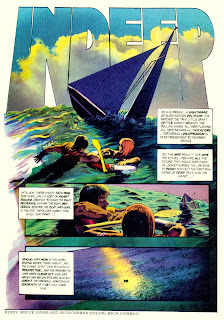 Realizing that comic books and writing might be the surer route he opted for the New York option, but nevertheless he had a similarly testing time getting himself validated as worthy of Warren patronage by Warren's very young but very demanding editor Bill DuBay. As we know it was Jones's script for 'Jenifer" that ultimately provided the key to the inner sanctum. By the time Jenifer was published Dubay had at least temporarily relinquished the editorial reins in favour of the delectable Louise Jones who was; like the rest of Warren's 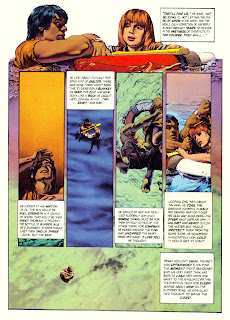 1970's production team; young, smart and extremely savvy. Savvy enough to know that Bruce Jones was one of their rising stars and with Louise at the helm, Jones was in the enviable position of having pretty much carte blanche to push the boundaries. 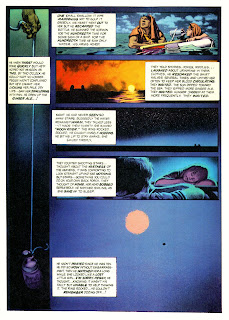 It's worth taking a step back at this juncture to consider just how radically different the Warren horror comics of the Dubay/ Jones era were to their 1960's forerunners. Essentially the '60's product was a tasteful retread of the E.C. years, with an ongoing homage to the scripts of Feldstein, Wessler, Oleck and Co, albeit much less wordy, being deftly provided by Archie Goodwin and the art chores handled by many of the original E.C. stable minus Ingles and Davis. In other words a reworking of the comics of yesteryear. 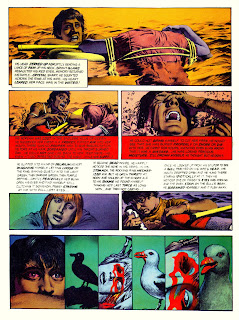 The Warren comics of the 1970's were a different beast altogether, here was a team of young artists, writers and editors, who weren't about reviving past glories, instead as products of an altogether more liberalised and permissive era they were determined to make their own statements (in much the same way that the young guys at 225 Lafayette Street had been some twenty years earlier). Hence the comics of what some observers might regard as Warren's second golden age and some might equally regard as the true golden age are altogether less riven with formula, definitely sexier and a good degree or two darker. 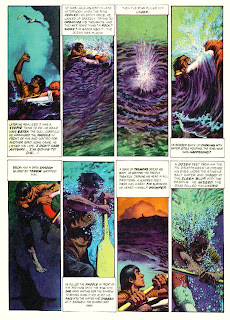 Nowhere is this more apparent than in the work of Bruce Jones and one story that perhaps encapsulates this distinct edginess so perfectly is the following story 'In Deep'. This story which I won't labour over too much for fear of the 'spoiler' factor creeping in was one of Jones darkest ventures and the accompanying artwork by Richard Corben, whose mastery of creating his own color separations and intense experimentation with creating truly photographic renders to his artwork added an extra degree of vividness to the dark traumas that this story explores. 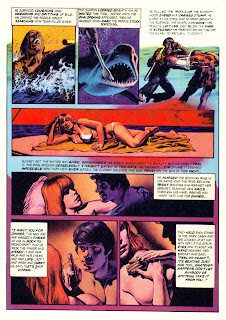 Jones wrote and developed the story when he was back living in Kansas City and it was truly a stroke of serendipitous good fortune that Richard Corben (who had never quite been able to psyche himself up to leave the place) was living just a few blocks away. Together they worked up the story with Jones 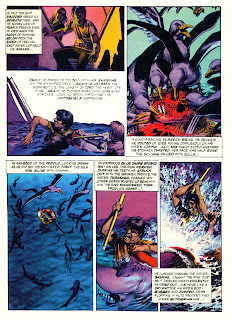 modeling for the male lead (another part of Jones impressive CV is occasional modeling work) and a girl named Karen Gilbertson posing for the female lead. A sometime actress, who at the time was working with Jones's wife at Macy's Department store she seemed the ultimate embodiment of the classic Corben fantasy woman. Corben 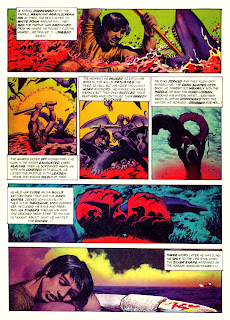 was needless to say impressed and Karen posed for several other Corben/ Jones stories including the "Time and Time Again" series for Eerie. 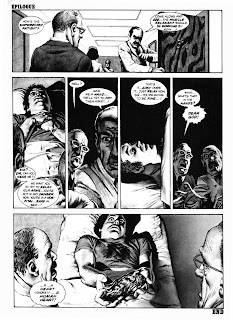 The results of this particular collaboration are as you will see truly breathtaking ...

P.S. Dave Morris has kindly posted some fantastically chilling images from Corben and Mignola's Hellboy classic "The Crooked Man" on the ever engaging and essential Mirabilis blog.

There's also an excellent review by Dave of the forthcoming Sherlock Holmes flick - well worth a read! 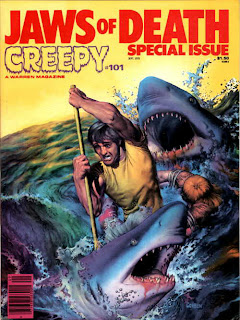 Posted by Peter Richardson at 10:19