The Miracles of Matania Part 3 - Paintings of Antiquity

Fortunino Matania was without doubt one of the most successful illustrators of the last century, his career spanned much of the century, he died in 1963 at the age of 81, whilst mid way through 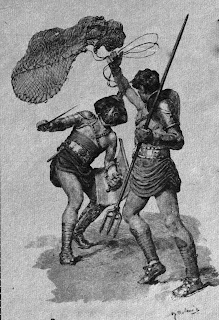 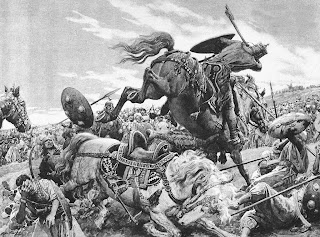 a series of British Kings and Queens, which was fairly typical of his historically orientated output, for the children's weekly Look and Learn (please check their wonderful website) where four of the pictures I am posting here today originate from.

Subsequent to his artwork documenting the First World War, he largely confined his activities to recreating with considerable panache, tales from antiquity, which would accompany text pieces for magazines 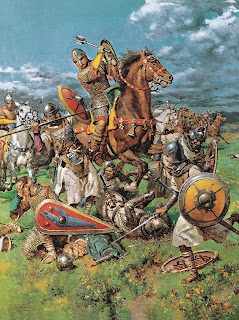 such as Brittania and Eve. The contents of much of this work usually included 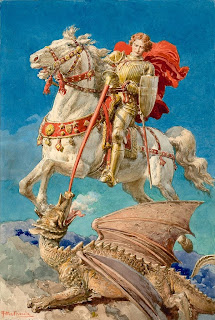 Matania's studio was by now a treasure trove of classical bric a brac and the comely young women that were invited to pose for him were bedecked in a variety of exotic costumes as the great man with unerring skill transported them into the scenes which he could so clearly envisage. His knowledge of equine anatomy was sufficiently assured for him to be able to deftly draw in a horse to accompany the girls that he was rendering, as a Pathe News Film clearly demonstrates:

So here without further ado is a selection of Matania's take on tales of yore - all lovely stuff! 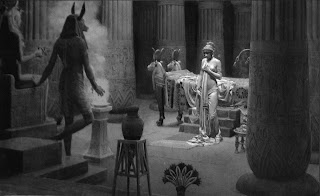 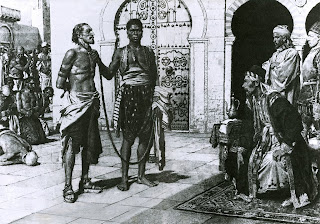 Learn and cannot be reproduced beyond this site without referring back to the copyright holders themselves. For a small fee of £2.00 you can download these images from their website for personal and educational use such as on this blog.
So please refer back to the Look and Learn website itself, which is as I say a delight to explore. 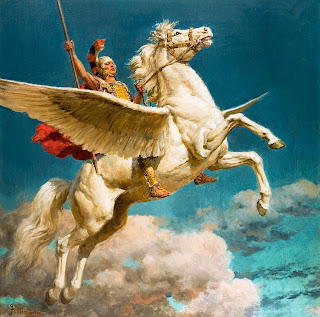 Posted by Peter Richardson at 09:07