The Miracles of Matania Part 4 - Epilogue

It is I think no exaggeration to say that Fortunino Matania is the embodiment of a lost era of illustration. His career was at it's peak in a period well before television held it's grip on public consciousness, which meant that a lot of people's visions and fantasies were informed by the adroit brushwork of illustrators such as Matania, who was so successful that he was the financial mainstay of his longtime agent Rogers and Co. 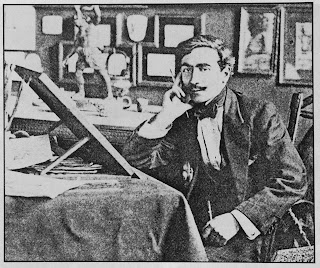 Those days are now long gone, illustration is perhaps a less sure career and more subject 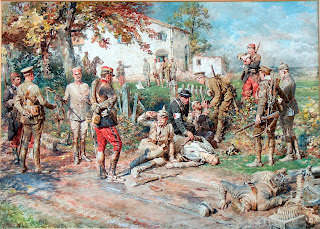 to turbulent changes of fashion, to the extent that the thought of any illustrator being able to run one style for sixty plus years without having to reinvent himself in the process is frankly incredible. When Matania's last commission "A Pageant of King's" was serialized in the UK children's weekly Look and Learn in the early sixties, it did appear a tad old fashioned in comparison to the works of Ron Embleton or Peter Jackson, but for all that the paintings did have a grandeur, elegance and captivating beauty that made them more resistant to the vicissitudes of the rapidly changing world that now beheld them. 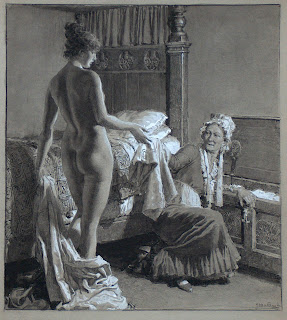 But it wasn't just the young readership of Look and Learn that were still succumbing to the delights of Matania's artistry. A commission to illustrate the science fiction 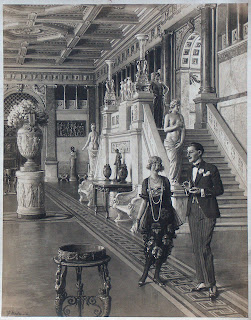 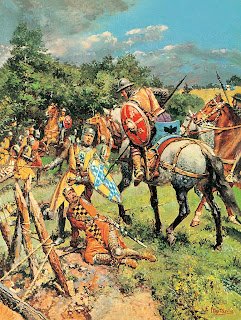 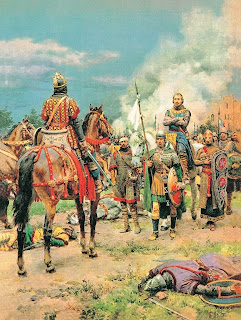 Matania who has been sometimes described as the last great Victorian was in the final analysis his own man and utterly and proudly resistant to changing tastes and morays, the allure of his work being so irresistible and seductive that it created it's own audience just by the power of his artistry and vision.

My thanks to Geoff West of Book Palace Books for supplying so much of the fabulous artwork that appears on these pages. Check out the Book Palace Website for news on the forthcoming publication of " Drawing From History -The Forgotten Art of Fortunino Matania" 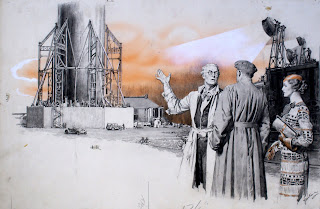