We have now reached that very exciting moment with Book Palace Book's epic 'Heros The Spartan' project, when we finally have a first glimpse at the printed proofs of what the team have been working on for the last eighteen months. 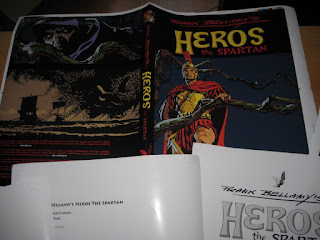 There is a lot of careful checking to be done, but the printed pages are looking nothing short of stunning, with razor sharp repro of the scanned 'Heros' pages looking every bit as vibrant as the day the were first published in the Eagle some fifty years ago. 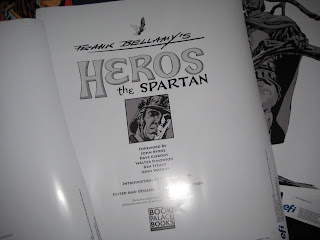 Next week we should be receiving the mock-ups of the leather slip-cased edition, which crams in an extra 24 pages scanned from the original art in a sumptuous leather binding, but for now our energies are focused on any last minute tweaks that need to be made to ensure that this gi-normous book (each spread of 'Heros' is reproduced at the same size as the comic was printed) is as perfect as it deserves to be. 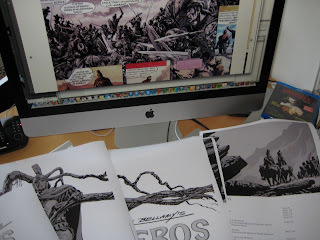 This had been a tremendous undertaking and we have had a lot of help from dedicated Bellamy collectors from around the globe. The introductory chapters, which feature Dez Skinn and Dave Gibbons interview with the great man (many thanks to both Dez and Dave), also include mouthwatering reproductions of key examples of Bellamy artwork, which are largely sourced from high resolution scans and add an extra zing to the whole production. 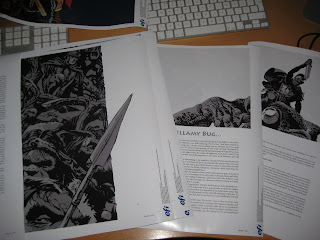 The location of Bellamy Heros originals was as problematic as can be anticipated with artwork of this vintage. The search was ongoing throughout the eighteen months that this project occupied us and we did manage to unearth a lot of Heros artwork that had remained unseen for decades. One of the spreads high on our list was, of course, the famous massacre of the fifth legion, which was one of the strip's many high spots in terms of artistry. We did locate the spread in question, but the collector had the artwork framed and was extremely reluctant to let us near it, let alone prize it out of it's frame. After a lot of pleading, he did provide us with a photo which captures the main action of the scene and which was good enough to run in the book, we would have loved a razor sharp scan of the entire spread, but we were really pleased to be able to reproduce at least a sizeable chunk of the artwork and at the same time we managed to locate another three spreads which again have added a lot of extra lustre to what is already a very desirable book. 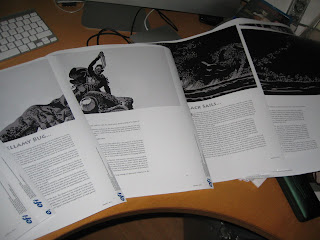 This is without doubt, the most ambitious project that Book Palace Books has invested in, and the production costs reflect this. It is, therefore doubly, heartening to see such a healthy demand from people who are determined to ensure that they don't miss out on what is a very limited print run (600 copies of the regular edition and 120 copies of the numbered leather edition), to the extent that the sheer volume of pre-publication orders we have received have just about cleared our production costs. 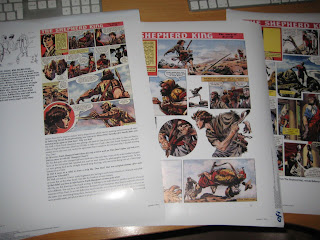 The  waiting is nearly over! 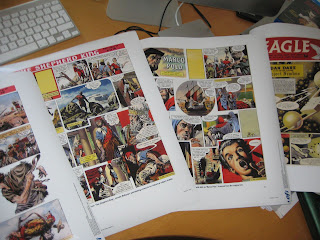 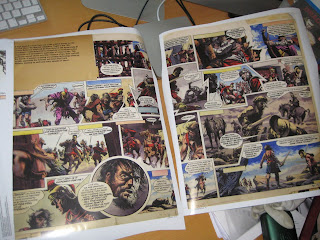 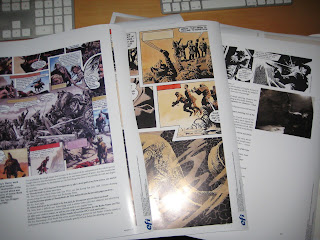 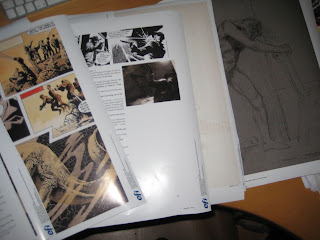 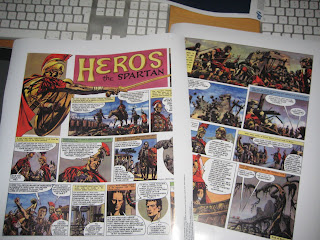 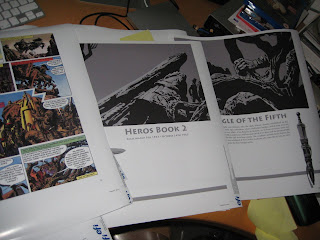 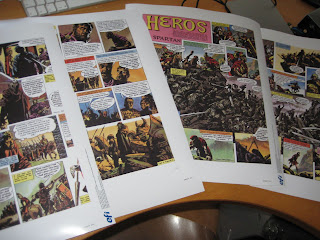 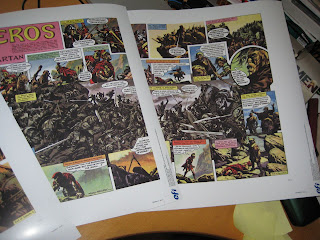 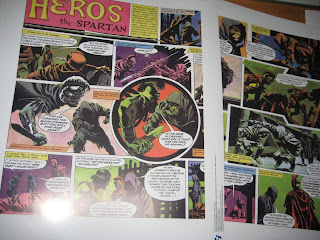 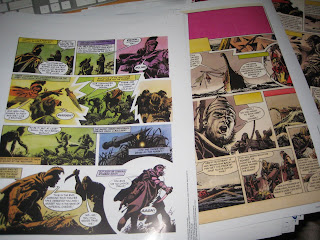 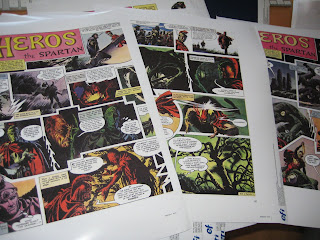 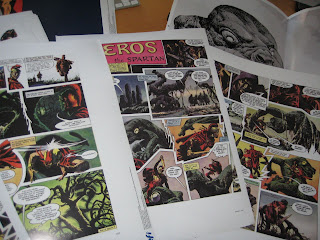 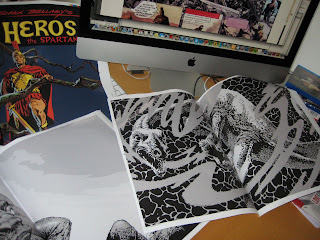 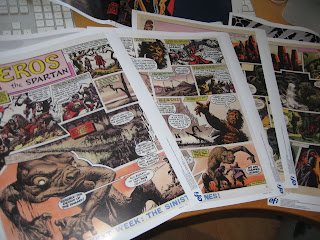 Posted by Peter Richardson at 15:52 9 comments: