This week's look at the art of Denis McLoughlin has proven so unexpectedly popular, I'm even receiving phone calls - for Pete's sa 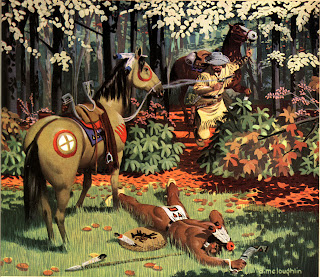 ke!; that I feel reluctant to allow him off the stage for the moment.

Partly it has to be said because insofar as I have 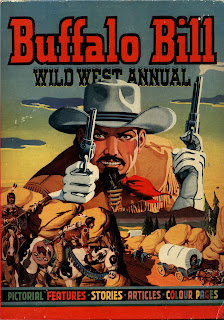 solely concentrated on his wonderful "art noire" hard-boiled detective covers, I have as a consequence entirely neglected to show you anything else of his work and this is perhaps a bit of a glaring oversight, particularly as having mentioned his work on the Buffalo Bill annuals it does seem ever so slightly remiss of me not to show you some of the artworks he created for these annuals. 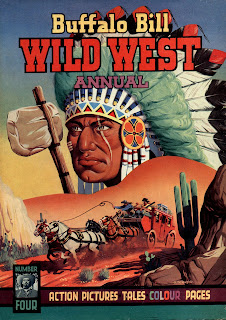 The first annual had to be produced at an, even for McLoughlin, alarming rate of knots and he felt somewhat compromised by having to work on a script which he didn't find all that sympathetic. Subsequent annuals took McLoughlin and his brother Colin who helped with research, writing and posing for photos some six months to complete, with comic strips, maps, text stories, puzzles and glorious color plates filling out each book. 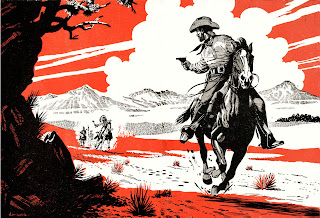 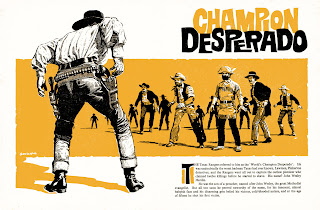 The annuals which at the peak of their popularity sold up to 250,000 copies eventually fizzled out in 1960 with a total of 13 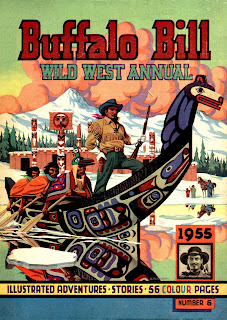 annuals having been issued. They were in retrospect, very evocative of that post war U.K. fascination with all things American and McLoughlin who never visited the place 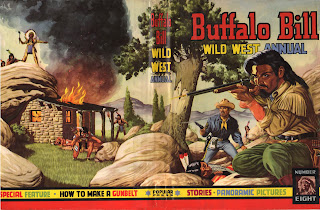 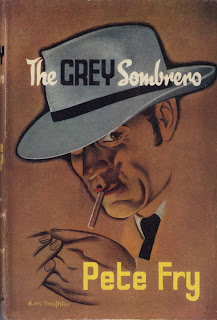 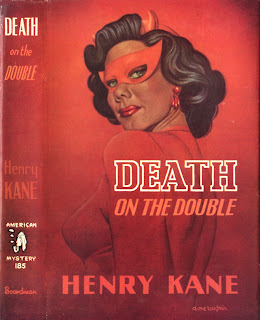 Posted by Peter Richardson at 08:54