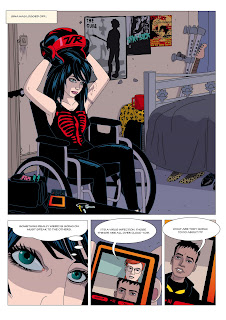 Well it's that time of the week again when we get to catch up with Gina, Cary and Rabby who at the moment are trying to work out what's going wrong with the cyber world where they spend so much of their free time. So far they've been wigged out by steel toothed mini zombies and the Cloud 109 cyber lounge itself has been attacked by monsters from Dimension X.

Here's the previous page plus today's offering and all previous episodes can be viewed on this blog.

You will also note the gaming gloves which you can see a little more detail of, these are an integral part of virtual gaming as you will discover during the course of the trio's adventures.

As a note to the curious, there's a lot of references to real 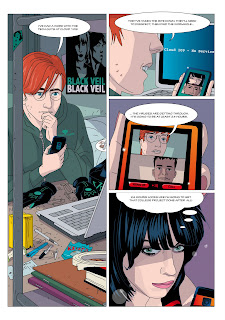 people, in fact to varying degrees everyone in this strip is real. It's part of the playing with perceptions of reality which David's script is predicated on. The Black Veil poster is an earlier incarnation of my eldest son's, currently living in New York, band. The photo was taken in one of their previous abodes which was a converted warehouse full of wannabe artists, poets and musicians all living the life but needs must as they needed to get their overheads down having 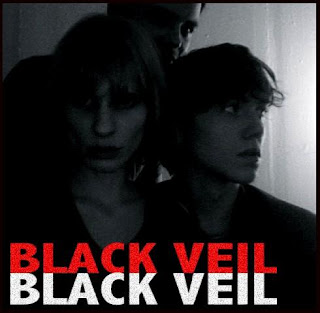 just done a runner from a bunch of very scary Sicilians from whom they had rented their previous apartment.

It seems like scant weeks ago since we were worrying about the little lad's GCSE's.
Posted by Peter Richardson at 08:43