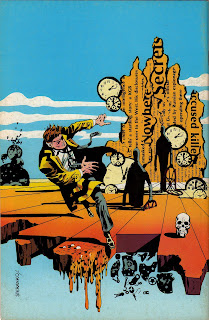 Well after reading Dave Morris's comment I couldn't resist and here for Dave and the rest of you comic book devotees are just a sprinkling of additional and in many ways seminal images from the genius otherwise called Jim Steranko.

There's a cover with very obvious Salvador Dali references and a couple of pages from two Nick Fury tales, "Who Is Scorpio" and the wonderfully titled "Dark Moon Rise, Hell Hound Kill" and then a page that is frequently offered up as an example of Steranko's mind numbing artistry from Captain America No. 111 as an opiated Bucky slips through the portals of a nightmarish unconsciousness. Marvel editor Stan Lee's very creatively orientated approach to comic artists such as Steranko was 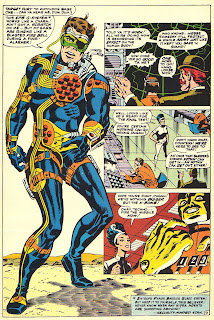 to give them the outline of a plot and then let them write and illustrate it, which someone with the creative flair of Steranko was more than happy to oblige. An incident such as this which might otherwise have just taken a panel or two becomes a full page tour de force with lots of very hip for the time 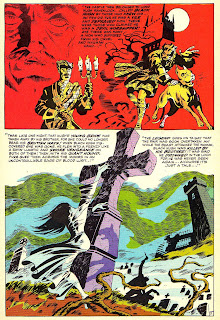 The repro is from a not brilliantly recolored edition that Marvel put out in 1984, if you want to see Steranko's Captain America artistry at it's optimum best then arm yourself with a copy of Marvel Masterwork's Captain America Volu 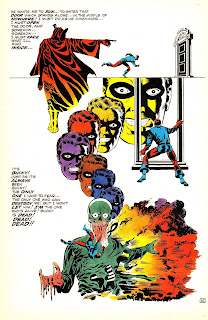 me 3 and a Nick Fury volume with Steranko's art is due out next month in the same series. I did try and get the Captain America Masterwork on the scanner but I would have pretty much needed to dismantle the book to get a succesful scan which is why you have the relatively crap 1984 edition instead.

Go get the Masterwork edition before it goes out of print and becomes horribly expensive - you won't regret it - promise!!!