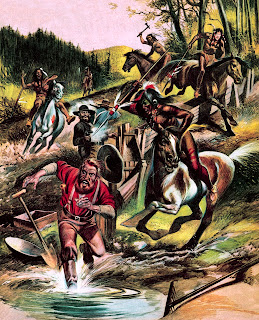 As I mention in the forthcoming book (it's due to arrive very shortly on these shores!)  Wulf The Briton The Complete Adventures, after Ron Embleton moved to Bournemouth towards the end of his tenure on Wulf the Briton, he was keen to develop new techniques and explore new areas of expressing his amazing artistry.

Within a very short space of time he was working for Leonard Matthews who was keen to launch an educational weekly aimed at children. Look and Learn which debuted in 1961 provided Embleton with the ideal vehicle to further his passion for recreating history, whilst developing his painting technique.

Some of the work that he created in those early years of Look and Learn represent not only his finest paintings but also some of the greatest historical artworks ever produced. 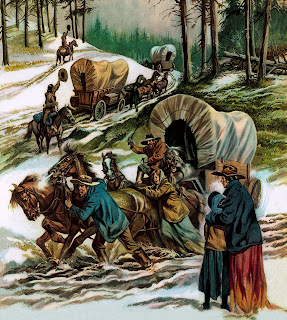 Amongst his many spheres of interest was the American West, something which he'd been depicting from the outset of his career and the following examples are, I think you'll agree, nothing short of stunning.

For those of you into the technique that Embleton applied to work like this, his friend and near neighbor Andrew Skilleter described to me the way he would with these particular paintings, create an amazingly vigorous under-drawing using red and blue biros (of all things!) and then apply washes of ink, building up areas of shade and then dropping in color. The finer details would then be picked out in opaque body paint. As he told the young artist, one evening as he literally created a painting before his very eyes, "As an artist you need a formula". 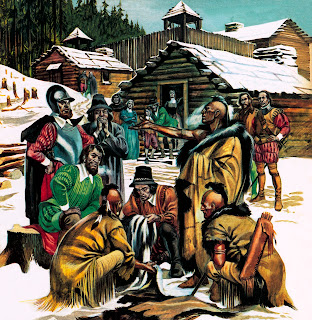 Embleton's formula was always open to development and experimentation but it was certainly strong enough as was his knowledge of form and anatomy to allow him free reign to share his vivid imagination with an audience far beyond the confines of his Bournemouth studio.