More of Embleton's Children of the New Forest. 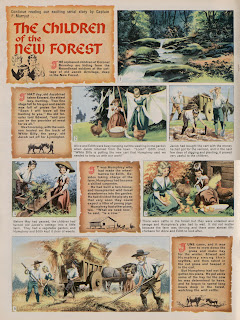 The work speaks for itself. This man was surely one of the greatest illustrators and comic strip artists ever. His work matured and developed at an astonishing rate and by the late 1950's and early 1960's his work was (imo) at it's peak. Bellamy, Frank Hampson, Don Lawrence and John Burns hit their stride much later in their careers but Embleton who had an almost incendiary drive and restlessness was a phenomenon from the get go and by the time he was in his late twenties he was a star illustrator with a phone that never stopped ringing and an insane work ethic that compelled him to take on far more work than was ultimately good for him.

But enough of my blather - here courtesy of David Slinn, is some more of Ron's charming and beautiful work for Children of the New Forest from Princess comic sometime in 1962. 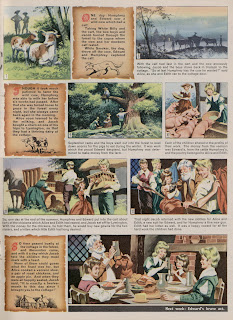 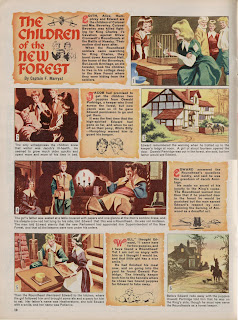 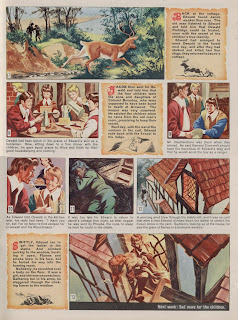