The English Civil War - Ron Embleton's Artistry At It's Peak!!! 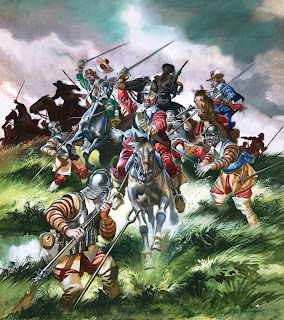 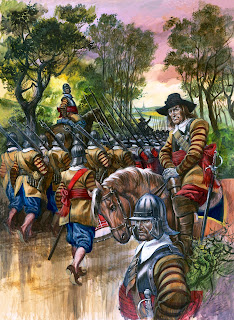 Artwork doesn't get any more exciting than these paintings which Ron Embleton created during his amazing first few years working for Leonard Matthew's Look and Learn. Matthews like Embleton was a man of extraordinary vision and drive. He wanted the very best artists and writers for his brainchild, but even he was blown off his feet when he saw these paintings.

There were a total of six paintings that Embleton created for this series, all six have survived, but for some strange reason one of them has still yet to be scanned. 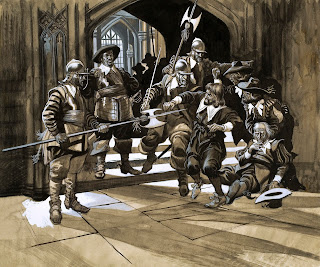 However I can at least share the following examples with you including the truly amazing full color Battle of Marston Moor, which also features in Ron Embleton's Wulf the Briton The Complete Adventures, which should be arriving on these shores the end of next week.

As with yesterday's selection, all these painting were created by Ron in a really loose and lively manner.
Look closely and you will see the biro under-drawing showing through. The monochrome examples are especially effective, with the black ink creating an almost sepia effect on the off white paper which with the detail picked out in whites and greys, the titanium content of the white paint giving a very cool bluey grey contrast.


I hope Georges (whose English is much better than my French) will enjoy this post as much as I have in bringing it to you all. 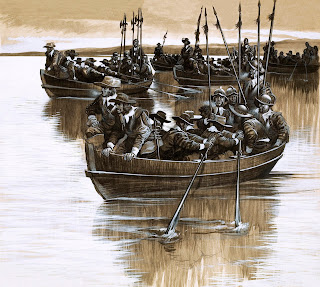 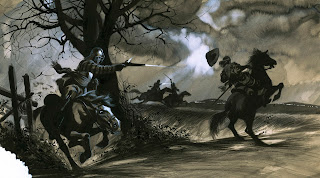 Posted by Peter Richardson at 18:28