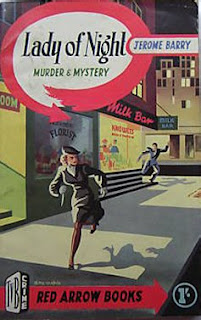 Well here goes it's a mad idea but I think it has resonance. The motivation for this exercise is the responses to earlier postings on Denis McLoughlin's amazing artistry. More than any other UK illustrator, he was able to capture the sleaze and noire lit underworld of post war crime fiction and much of his incredible success in terms of his artistry was his ability to create a tableaux which the viewer could step into.

All the more incredible when one considers the work load he was shouldering, often requiring McLoughlin to create a book cover or two in a day along with other work for TV Boardman. For much of the twenty years he was working for them he was their de facto one man art studio.

So how did he do it? He was blessed with a truly inventive mind and had the benefit of a rigorous training when as a fourteen year old he left school in his home town of Bolton to work for Ward and Copley in Manchester, where he was part of a team who would be expected to think on their feet and meet the omnipresent "client needs it yesterday" deadlines.

So by the time he was working for TVB he was well versed with every aspect of illustration and graphic design. The covers he created for their paperbacks, including the Red Circle range as in this example were relatively labor intensive and were worked up mainly in poster paint with the occasional and very sparing use of an airbrush, which can be detected in the Lady of Night sample which came to me via my old email buddy Malcolm Norton. 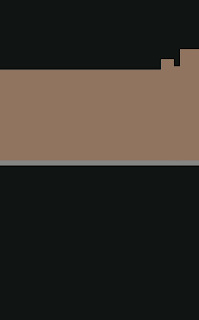 The image is heavily degraded and clocks in at a measly 28Kb but for the purposes of this exercise that is all I need as in attempting to show you some of the tricks that Denis would employ we are really just thinking in terms of simple shapes.

So the most important thing is to think in terms of using perspective as a lead in - the first aid to drawing the viewer into the scene.

Draw in the background - literally rectangles - that's all that's needed at this stage.

Now comes the  first of the lead ins as the artist creates strong perspective lines which reach out to the viewer and pull him into the world behind the plane of the cover.

Now comes a typical bit of McLoughlin magic, he drops in an entrance to the immediate left of the scene, creating a plane parallel to the background buildings and opening up a shaft of light. 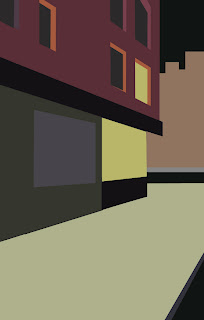 Now for the next bit of brilliant artistry - out comes the airbrush - only used once but to create an amazing sense of depth - golden rule - strongest contrasts nearest to the viewer - then contrast evening out as the shadow extends along the pavement.

Now in go the figures (he'd have added the shadows for the figures at the same time as he created the main shadows but for this exercise I have taken a few liberties to create a more logical succession of images).

Details of the shops.

Now comes an important and again utterly captivating touch. The buildings on the background plane are lit from below, indicating life and light on the street reflecting back on the walls of the buildings and tapering away to darkness as your gaze heads up to the night sky. 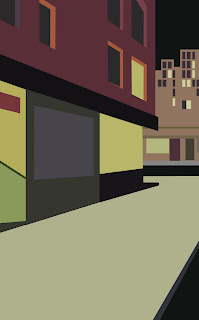 Now he drops in the banners which he created for this series (as he did with all the Boardman books he worked on).

Lastly he adds the lettering which would be a lot better than my feeble effort but needs must and this is just a tutorial, so bear with me. 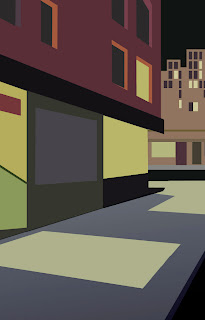 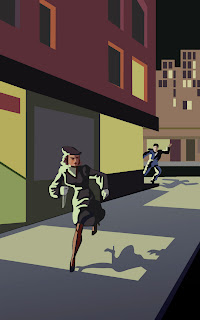 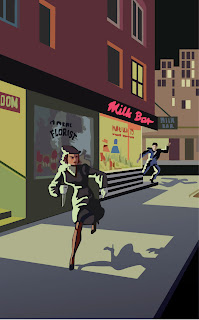 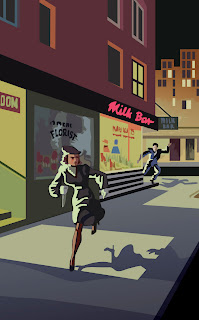 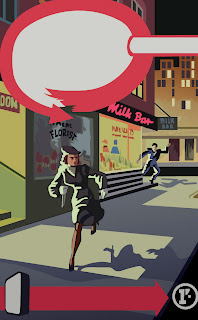 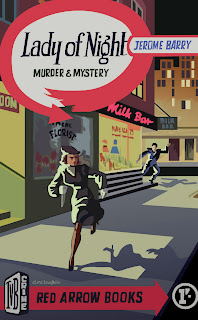 And there you go - not a patch on the master but a guide to some of the tricks that you can use when adding a bit of depth and atmosphere to city scenes using the McLoughlin method.
Posted by Peter Richardson at 22:39