Ten of the Best - The Early War Picture Library 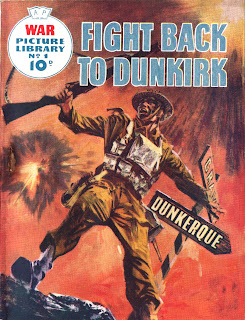 As this year sees the fiftieth anniversary of Commando comics,  I thought it might be instructive and hopefully fun to take a brief detour and look at the comics that started the whole trend off in the first place so here's the first ten covers of Amalgamated Press's War Picture Library which was launched on a tentative two a month basis in October of 1958, some thirteen years after the cessation of hostilities. 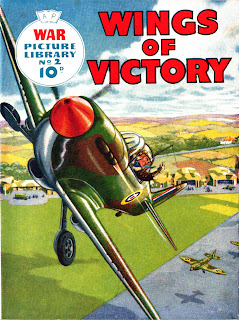 As a result of some superb investigative work by Steve Holland (author, ephemera historian and host of the essential Bear Alley Blog) and David Roach (comic artist, comic historian and co author with Jon B. Cook of the Warren Companion) we can say that War Picture Library was intriguingly almost a continuation of Leonard Matthews Thriller Picture Library, with many of the issues you are looking at either TPL one offs such as War Picture Library Number 1,"Fight Back to Dunkirk" which was originally slated as a Thriller Picture Library special under the title "Dunkirk". This in part explains the somewhat anachronistic cover for WPL number 2 with Patrick Nicholle's carefree adventurer starkly contrasting with the elemental ferocity of De Gaspari's "Fight Back to Dunkirk" soldier. Nicholle presumably being commissioned to provide yet another in his ongoing series of Battler Britton covers for TPL, Battler Britton scripts being notorious for their gung-ho implausibilty, whereas the editorial team at WPL were striving for an altogether grittier feel to their line of comics. Needless to say when the transfer of these scripts was effected from the sunny halls of AP Creative Maestro Leonard Matthews' Thriller Picture Library to the shrapnel torn corridors of Alf Wallace's War Picture Library, Patrick Nicholle was conspicuous by his absence. The covers for the early years of War Picture Library's run were the fiefdom of the superb Italian painter Giorgio De Gaspari. The exceptions to this rule (aside from issue 2) are issues 5 and 10 which are the creations of Septimus Scott, these being painted in oils at a much smaller scale.

Copies of these now extremely rare early issues are available from The Book Palace as is a truly essential index to these amazing comics edited by Steve Holland and David Roach. More on this book shortly... 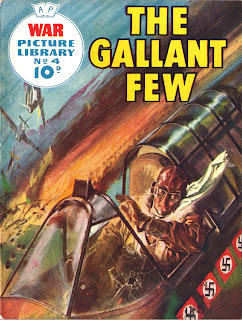 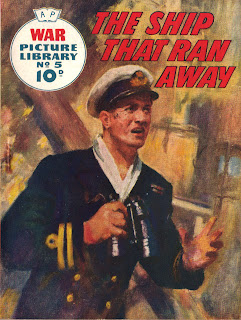 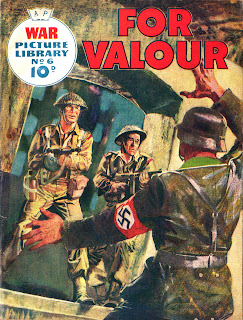 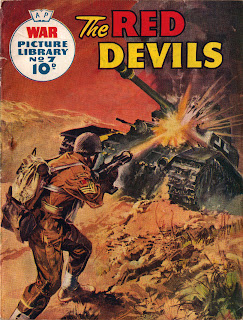 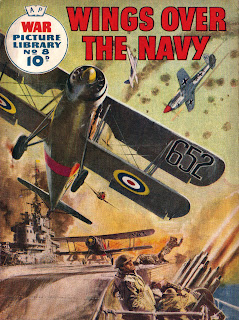 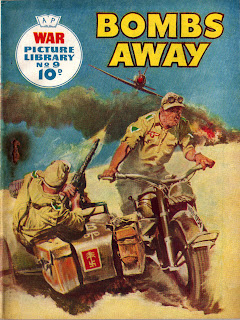 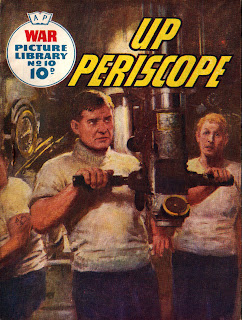 Posted by Peter Richardson at 22:33