A New Batch of Anniversary Commandos and a Historic Cover 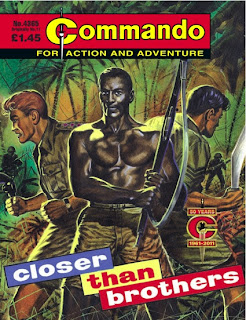 The latest batch of Commando comics are due to go on sale today and along with Commandos sporting three superb Ian Kennedy covers, there is one of my all time favorite Ken Barr covers featuring Commando's first attempt to run an ongoing series of stories around three central characters with the all to obvious monickers of Tom, Dick and Harry. However what the names of the central protagonists lacked in originality was more than compensated for by Ken Barr's cover featuring an Afro-Caribbean soldier as the central character and whilst this may seem unremarkable to contemporary audiences, in 1961 it was daringly different and was in fact a first for pocket war comics. 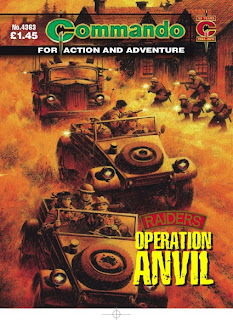 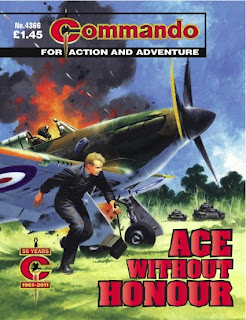 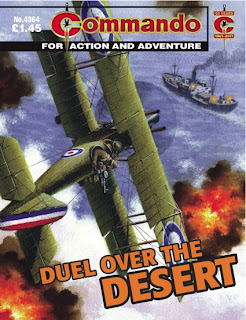 But that's what marks the true artist out from the journeyman renderer, the ability to think outside the box and that's part of what makes this cover so great.

Here as an added treat is the teaser for the original issue of "Closer Than Brother's" which appeared on the last page of Commando 9 in the summer of 1961. 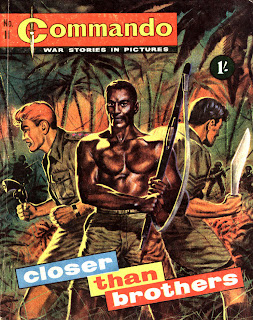 Buy it now along with the other gems on offer from Commando HQ. 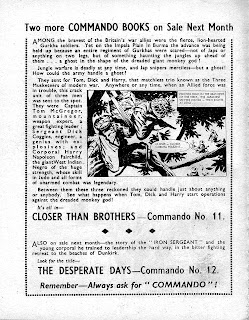 Posted by Peter Richardson at 21:35