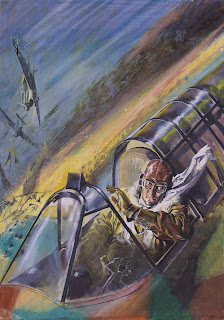 I still remember the surreal experience of standing in a warehouse in Wapping with my dear old chum and head honcho of Book Palace Books, Geoff West surrounded by piles and piles of original artwork spanning decades of some of the most incredible art ever to appear in U.K. comics.

Here's some of what we were sifting our way through on a cold and gray November day.


You've seen the printed versions - so here's some of the real deal. 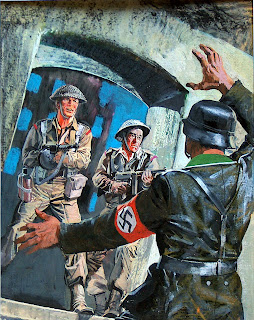 All the work of Italian maestro Giorgio De Gaspari.

P.S. Observant viewers will doubtless note some interesting discrepancies between these originals and the published versions. The most glaring example being the removal of De Gaspari's skies on the sixth and seventh paintings as well as the disappearance of the kill logos on the cockpit of the Hurricane in the first sample and the renumbering of the MTB in the eighth sample.

The fifth painting which was the cover to issue 12 and is a rare example of a weak De Gaspari, most notably because the elements just don't hang together with any degree of conviction, was actually originally intended as a Battler Britton cover for Leonard Matthew's Thriller Picture Library. 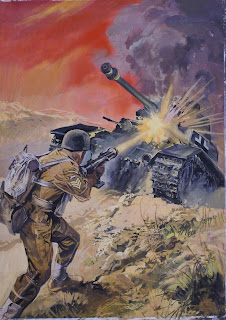 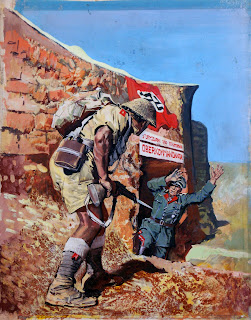 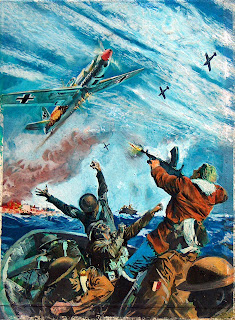 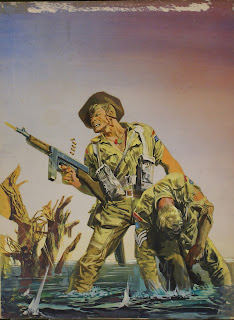 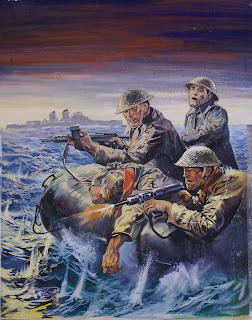 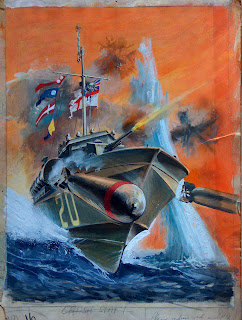 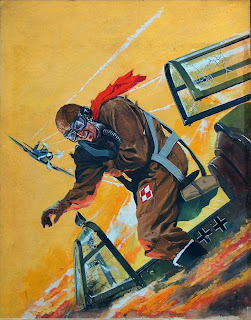 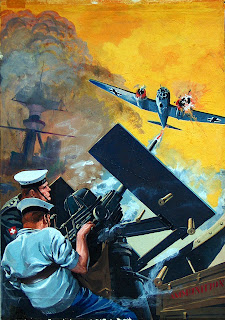 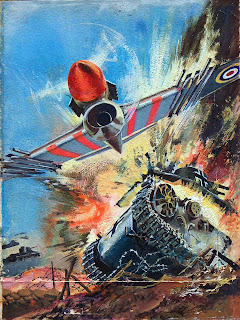 Posted by Peter Richardson at 23:45