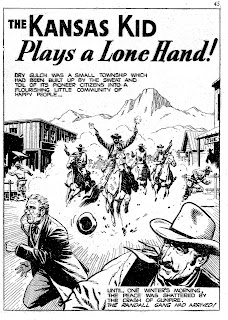 Ian Kennedy was keen to spread his wings further afield rather than just basing himself in Dundee, the steady flow of work from DC Thomson notwithstanding and so  in the mid 1950's he made contacts with the London Publishing giant Amalgamated Press.

Western's style and Kennedy's style are superficially very similar, the most immediate clue is that Western was left handed and his inking in terms of feathering displays a bottom right to top left bias as opposed to bottom left to top right bias. 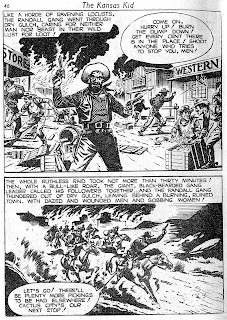 Hold a pencil and try it - you'll see what I mean.

Many thanks to David Slinn and Malcolm Norton for supplying these images.

P.S. Eagle eyed reader Malcolm Norton has pointed out that page 46 of The Kansas Kid story is also a Mike Western page - one of the clues is the saloon sign!

Malcolm is also of the opinion that the black and white Stumpalong Hoppity page is also IK. 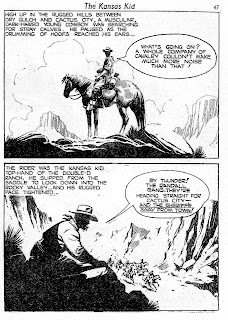 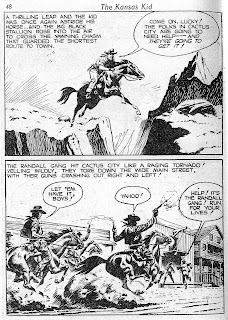 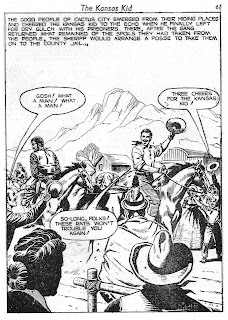 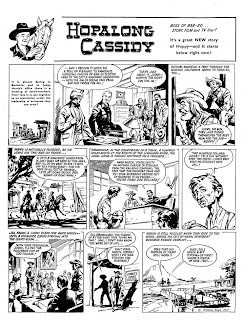 Posted by Peter Richardson at 21:27