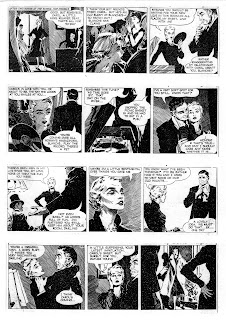 I wasn't going to do a part 2 but I was idly leafing through the stats from this story and my eye fell upon a sequence when Carol and her current squeeze are walking by the sea.
That did it and you will shortly see why. 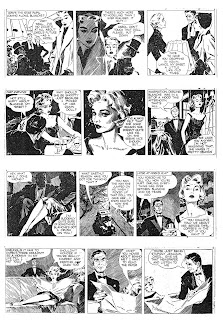 My introduction to the work of David Wright was a now long distant publication under the name The Penguin Book of Comics by Alan Aldridge, where one tier of this amazing strip was reproduced. Sadly the artist had passed away a few months before the book was published and as far as other comic histories went that was it - no more glimpses of Carol Day until I got to know David Wright's sons Patrick, Paul and Nicky many years later. Aware of my passion for comics it was Patrick who so generously loaned me the many scrapbooks  of the strip his father  so masterfully created.

There's little doubt that David Wright was both incredibly talented and highly driven and despite his urbanity and ability to engage with authority and insight on a wide variety of topics his formal education was curtailed at the age of 13 when his father died and he was obliged to get a job. He was eventually able to develop his latent talent when he gained work at Gilbert Wright's studio at the age of 17 as an assistant artist.

At the commencement of war in 1939 he took some of his drawings of aircraft and American automobiles along to Rogers and Co, who were destined to become his agents for the rest of his career. Much as they loved the work, they could only see limited commercial viability in drawings of aeroplanes and cars.What they wanted was beautiful leggy girls and this Wright was pre-programmed to provide. 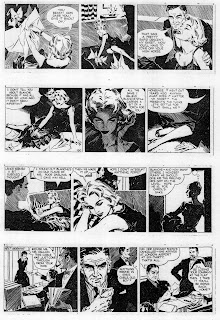 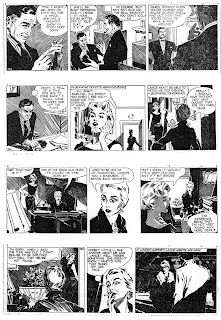 His career was interrupted by a stint of service in the army having been turned down by the RAF due to his lack of sufficient education as they saw it. Post war and his work continued to explore new outlets including work for the Hearst corporation and his first forays into the realm of romance comics with the strips Jo (for Empire News) and Judy (Tit-Bits) paving the way for Carol Day which debuted in 1956 having been allegedly hi-jacked by the Daily Mail as it was on it's way to the Daily Express.

Check our Roger Clark's amazing Carol Day site for more of David Wright's artistry and also check out the earlier postings on this blog. 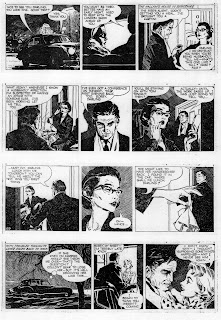 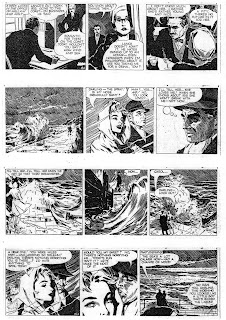 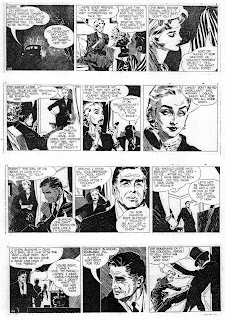 Posted by Peter Richardson at 00:17