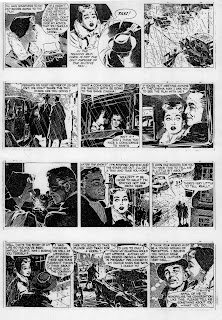 I have raved on about the work of David Wright on previous postings but the fact that arguably the greatest UK newspaper strip barely registers on the consciousness of most comic aficionados bears mute testimony to it's status as a "lost treasure". 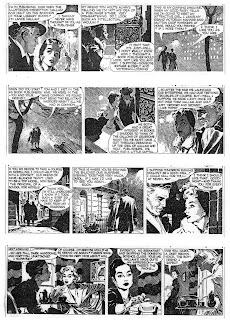 Anyone in any doubt as to why David Wright was the equal if not the peer of such greats as Alex Raymond, Jim Holdaway and other purveyors of exotic and glamorous newspaper strips need only check out the following pages scanned from one of the artist's many scrapbooks composed of proof sheets from this beautiful take on a young woman's increasingly doomed trysts set in the fog bound streets of post war London.

More of this story along with other tales can be found on Roger Clark's super Carol Day site.

One of these days someone will commit this to print!!! 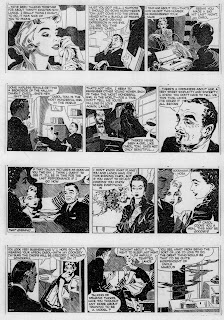 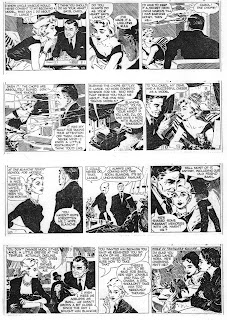 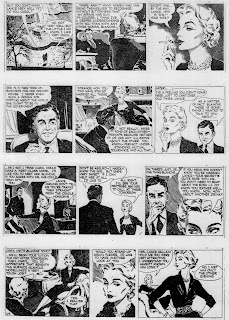 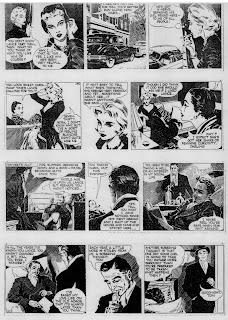 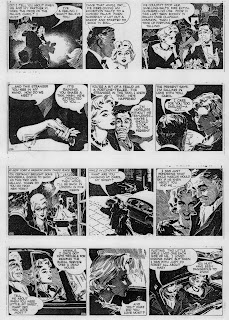 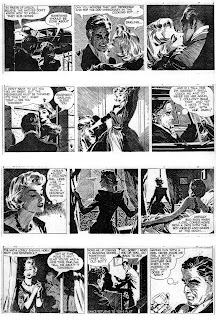 Posted by Peter Richardson at 19:44