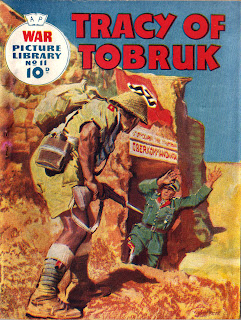 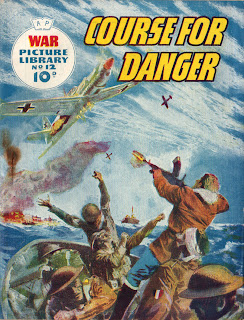 The first year of War Picture Library saw the series recruiting more artists and writers who were on board with the vision that editors Alf Wallace and Ted Bensberg had for the series. There was some experimentation, including a couple of real oddities, issue 2 "Wings of Victory" with two stories devoted to a Free French pilot named Paul Brave and issue 6 "For Valor" again broken up to accommodate three true to life stories of VC heroes, including one on the commandos at Dieppe drawn by Reg Bunn who evidently ignored all the photographic reference sent to him and armed the Germans with guns which would have been more appropriate in a Jeff Hawke sci-fi tale then a story set in 1942. However worthy this latter effort may have been, the stories that connected were well constructed fiction set against the very real events of the recent past. The writers who included in their ranks a lot of ex servicemen, had seen action in all the theaters of war covered in the pocket libraries and were frequently drawing directly on their own experiences such as the superb "Trail of the Avenger" WPL 229, which is based on writer Norman Worker's years in the Royal Armoured Corps.

The artists were becoming more distinctive too as the increase in commissioning sucked in more artists from the UK and further afield, where a generation of young Spanish and Italian cartoonists weaned on the artistry of U.S. artists such as Milton Caniff and Frank Robbins created a look to the little books which set them apart from their stablemates such as Thriller Picture Library and Cowboy Picture Library. 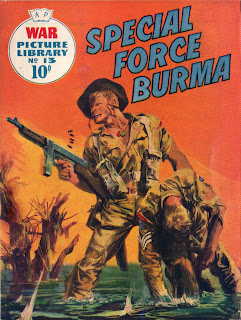 To learn more about these amazing little comics I urge you to arm yourselves with a copy of Steve Holland and David Roach's indispensable "The War Libraries" part 1 of The Fleetway Picture Library index and after you've read that you'll doubtless be thirsting for some of the actual comics. These can be bought from Book Palace Books who also have an online gallery of covers to these little beauties.

And here are some more of those amazing covers. All the work of Giorgio De Gaspari apart from issues 15 and 17 which are the work of Septimus Scott. Issue 17, "Commandos Die Hard" is Scott's reworking of a lobby card still from the then recently released film, "Dunkirk" starring John Mills, Richard Attenborough and Bernard Lee.

Copies of many of these fabulous comics are available here. 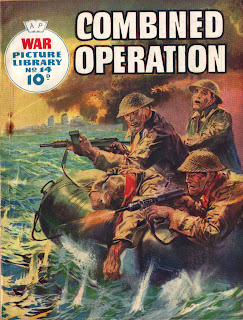 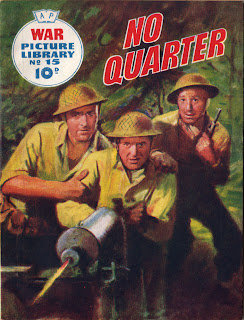 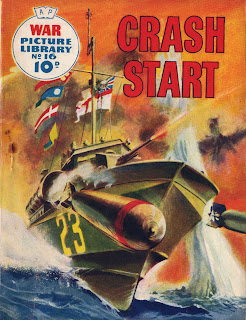 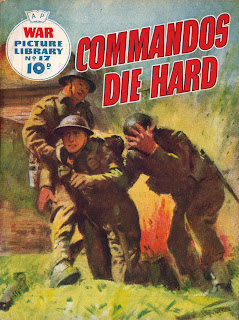 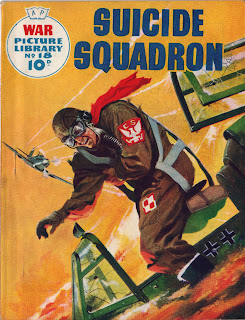 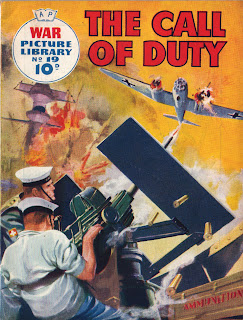 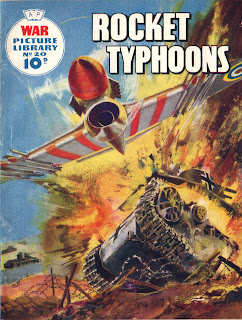 Posted by Peter Richardson at 22:09