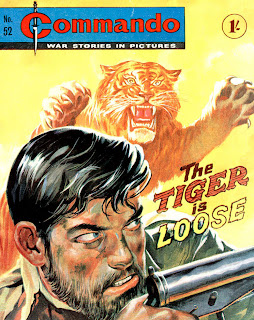 Continuing our look at Ken Barr's covers, which encapsulate the kind of rugged individualism that set editor Chick Checkley's take on the Second World War apart from his competitors at Fleetway. Even the most casual of observers would be aware that Checkley's brief to his artists and writers lent more to the theme of man against the system than the doughty Brits against the Axis themes of War and Air Ace Picture Library. 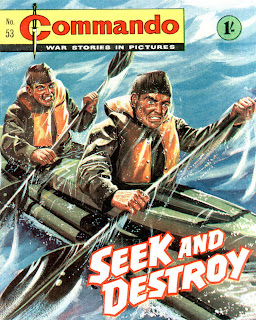 Take the titles of many of those early Commando's, "They Called Him Coward!", "Jap Killer", "The Knifer", "Lone Hero", "Daredevil DFC", "Lone Wolf", "This Man is Dangerous", "Tattooed Hero", "Hero From Hollywood", "Big Guy", they immediately flag up the cult of the individual with a strong hint of non conformity. Themes which had far more of a US influence than did the team orientated, men rather than man against the forces of oppression tales which Fleetway's War Picture Library offered. 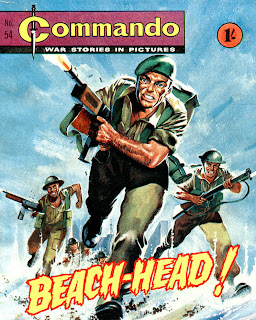 Barr really was the perfect choice as cover artist, if Commando had commenced publication utilizing the same cover artists as their Fleetway rivals (which they would eventually do with the arrival of Jordi Penalva on their rosta a few years later), the distinctive difference would not have been so vividly flagged up. But Barr was right from the off an enthusiastic student of US pulp and comic artists and relished the opportunity to immerse himself in sweat sodden musculature, gritted teeth and buggin' eyeballs.
Which is why these covers are still so amazing and powerful some half a century on.

If you fancy seeing any of these stories reprinted as part of Commando's 50th anniversary celebrations get your ass over to their amazing website and start lobbying editor Calum Laird now. 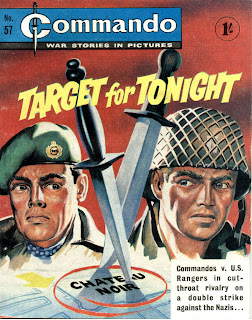 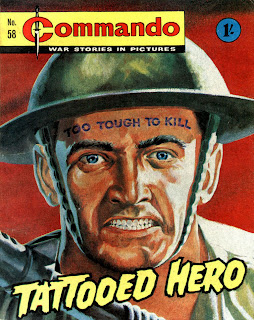 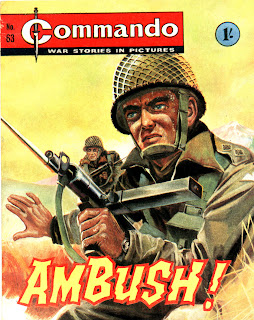 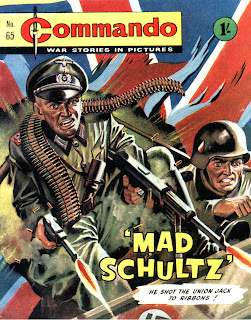 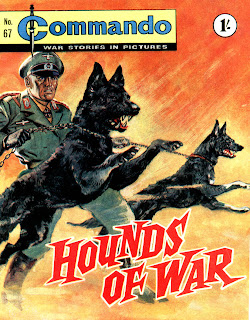 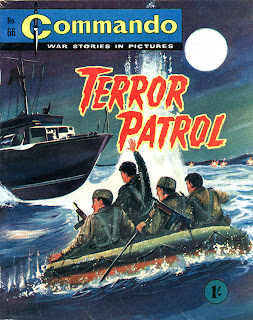 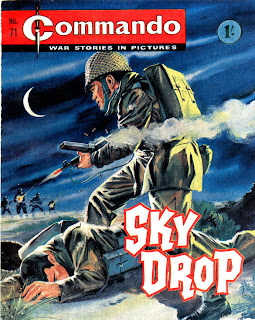 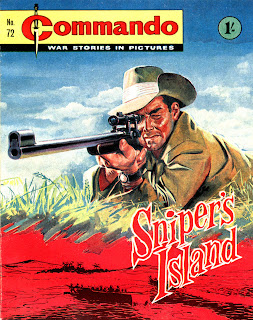 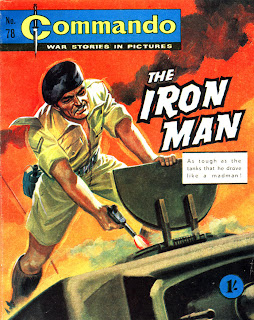 Posted by Peter Richardson at 21:54