Buffalo Bill, Ron Embleton and a Dose of the Orange and Green Murk! 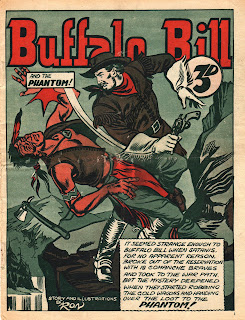 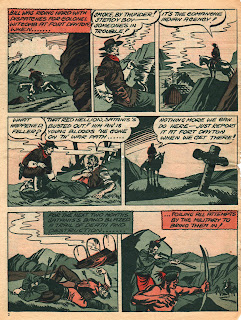 As discussed in yesterday's post, TV Boardman's comics were a strange amalgam of U.K. post war austerity (kind of topical these days - that's for sure) and U.S. influenced subject matter. The range of titles which encompassed westerns, hard-boiled detectives and spy stories was under the stewardship of Bolton based artist Denis McLoughlin, who was pretty much TV Boardman's artist in residence for nigh on twenty years
.
There was one exception to McLoughlin's tenure on these comics and that was the involvement of a teenage Ron Embleton on an issue of Buffalo Bill. McLoughlin was always working at full tilt as he had all the covers to illustrate (along with lettering the friggin' things!) for Boardman's constantly expanding range of crime hardbacks and paperbacks, plus a range of annuals to create from the bottom up. God only knows where he found the time and in fact when asked about it years later he was as mystified as anyone as to how he did it all. 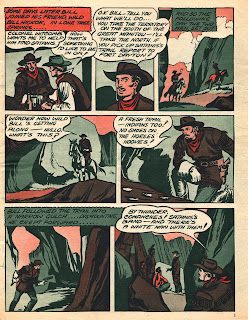 Evidently there was this one occasion when he couldn't fit in twelve pages of yet another Buffalo Bill saga and so the job went to one of the most talented and driven young illustrators hawking his wares around the seedy and schlocky comic shops that sprang up around bomb cratered London. You'd literally pick up a brief to provide artwork and script for a comic which sometimes required the artist to also provide the springboard for a new hero.


World of opportunity on a budget!

What is particularly intriguing about this rarely seen comic is witnessing the early manifestation of Embleton's brush style, which even in it's relatively crude state shows his natural and rhythmic approach to drawing where he easily has the upper hand over McLoughlin's more labored approach to figure work. Having said that McLoughlin's strengths were in his grittier and more "noire" tinged approach to his subjects as tomorrow's posting will reveal. 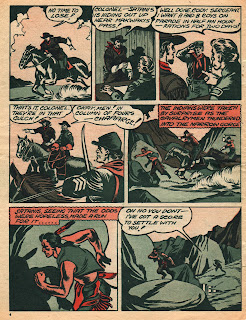 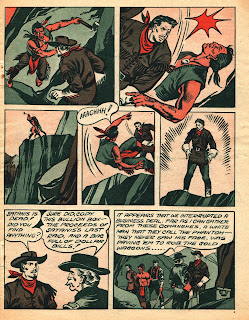 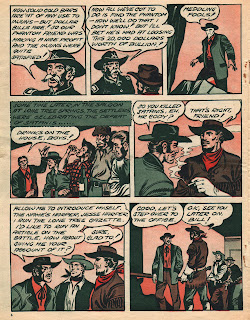 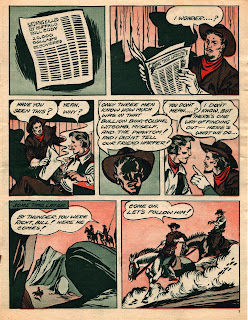 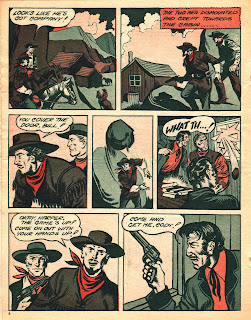 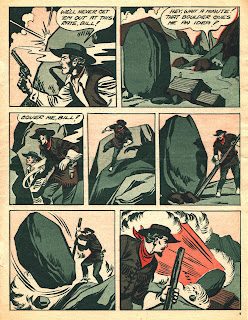 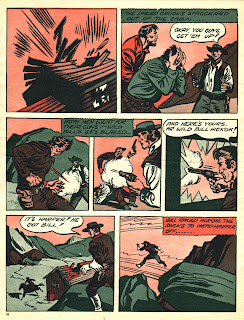 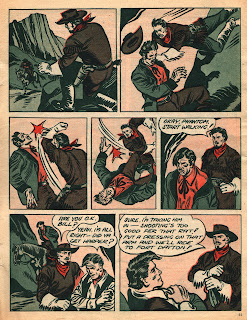 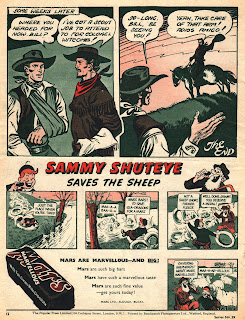 Posted by Peter Richardson at 22:45