Sorry but I couldn't resist, Dave Morris co-creator of the utterly beguiling Mirabilis (story here) has a birthday today - so many happy returns Dave from both David and myself and as promised I have ventured down into the vaults and returned with a real gem of a story that I hope you'll love as it has 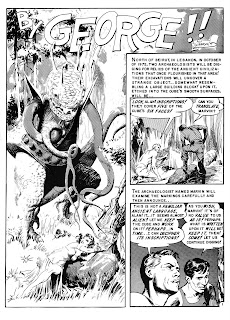 elements that make me think of Mirabilis with it's richly spun fantasy neatly counterpoised with a real sense of history and a hint of classical antiquity.

"By George" was one of the then 21 year old Al Williamson's earliest efforts for E.C. and unlike many of the other stories that he would work on this was pretty much a solo effort with a little bit of assistance from Jack Hearn (not, contrary to 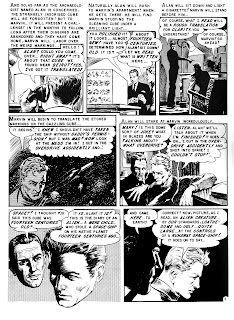 popular myth, George Evans) inking some of the faces on the intro and outro to the story, (Williamson at the time was very hung up on his ability to ink faces convincingly). The resultant story is a tour de force. The script by Gaines and Feldstein, which would have been one of several produced in a morning's brain storming session, with Feldstein then drawing up the panel borders and adding balloons and captions before assigning the boards to Williamson, is one of the team's all time best and Williamson's artwork which is a passing homage to Hal. Foster's "Prince Valiant" as well as a continuation of his ongoing love affair with all things Flash Gordon, is simply stunning and best viewed in black and white where you can fully appreciate the near 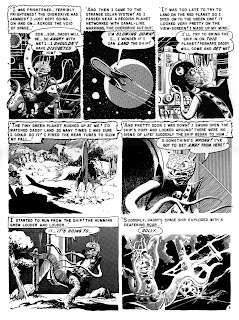 painterly qualities he was able to add to the story by his masterful use of craft tint. 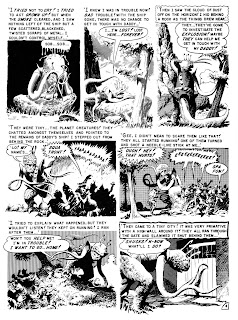 The work which Williamson produced for E.C. during those halcyon days was at times achingly beautiful and the product of a lot of soul searching and agonizing as he would dash of a succession of panels at a speed almost veering towards commercial viability before becoming totally hung up on one 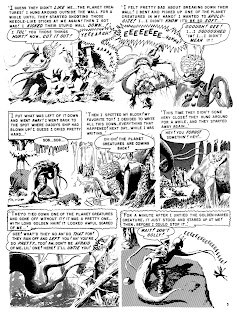 panel which would then take him literally days to resolve. 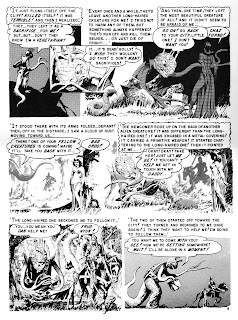 I've also included E.C. colorist Marie Severin's guide to Feldstein's cover artwork to the story, which as well as having 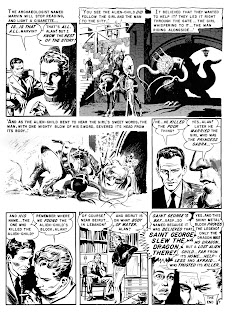 the usual Feldstein punch, is an interesting counterpoint to Williamson's treatment. 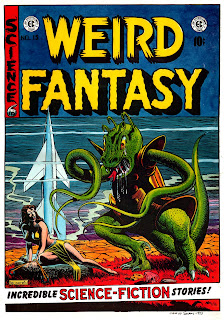