In the immediate post war years, when the U.K. was almost as bankrupt as it is now, rationing was still circumscribing people's lives and the world seemed as monochrome as the Ealing films that so adroitly capture a London of bomb craters and petrol coupons, there was nevertheless new opportunities to be explored and one man determined to make his mark was a very energetic and visionary comics editor by the name of Leonard Matthews. 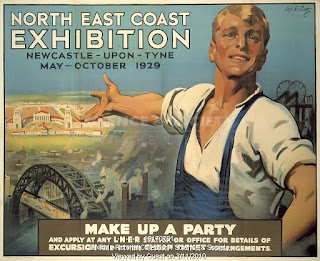 Matthews who was working for the U.K'.s biggest comics publisher the Amalgamated Press, was never content to sit still and amongst his many innovations was a series of digest sized comics which were essentially a reformatting of a series of Western themed 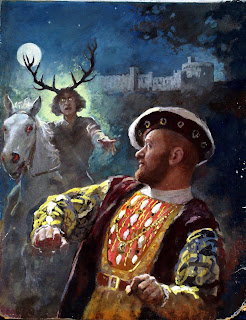 comics he had produced for the Australian market. The comics which had been produced to the same dimensions as U.S. comics were too big to conform to the needs of paper rationing that was still in effect in dear old Blighty. Matthews essentially chopped up the layouts to create two tiers of panels per page and reduced the comics to A5 size. The comics were a success, reflecting both the popularity of the genre and also the 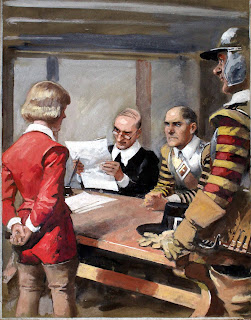 extreme portability of the comics which were frequently referred to as "pocket libraries".

Matthews had bigger ideas than just merely confining the new comics to the adventures of Buck Jones and Kit Carson and doubtless aware of the success of the U.S.'s Classics Comics series, decided that he should create a much broader canvas by adapting classics of children's literature with an emphasis on tales of derring do and sword play, which he was an inveterate lover of both in terms of the films and 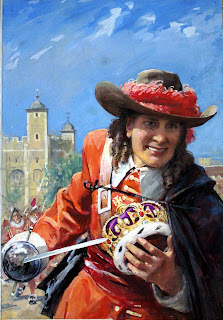 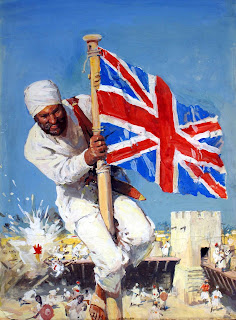 literature that he managed to absorb despite his frenetic life style.

Thus was born Thriller Comics Library (later rechristened Thriller Picture Library) and with his usual gusto and determination he set about commissioning the finest artists and writers (himself included) to make the series the best of it's kind and it has to be said that in comparison the Gilberton series of Classics Comics did look somewhat diminished. 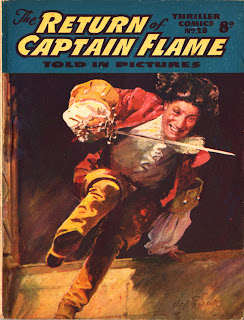 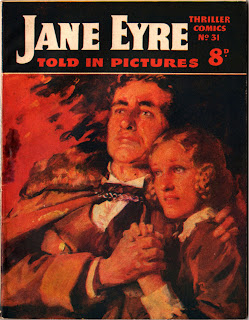 what Matthews craved and it was his decision to move away from what was essentially colored line artwork towards the use of fully painted covers that really helped push Thriller Comics into the premier league. And there was one artist more than any other that really best epitomized the vision and intent of Matthew's brainchild.

Septimus Scott when he first came to work for Matthews was at an age when most of his contemporaries were retired, he had pursued a very successful career as a commercial artist for much of the century producing artwork for Players cigarettes, railway posters, book illustrations and pretty much anything else that his agent put his way. However, when 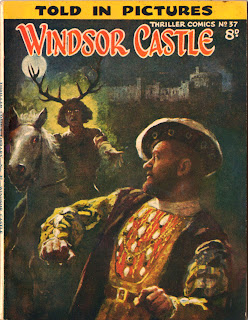 Matthews first contacted him he was living in a flat in Brighton's Montpelier Road, his wife having moved out to live in a caravan and his career definitely in the doldrums. 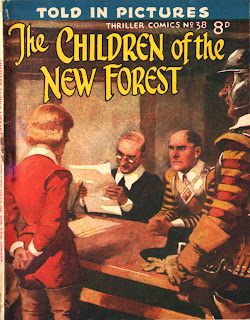 The brief that Matthews outlined to the by now seventy plus artist, enabled Scott to produce some of his finest work and Matthews whose single mindedness brooked no compromises rapidly deduced that Scott's black and white 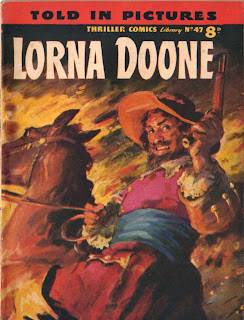 line work fine as it doubtless was, should be reduced to a minimum, so that he could 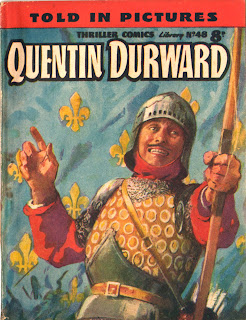 concentrate on producing as many covers as possible for the new series whose production quota now required four issues a month rather than the tentative two issues, they had 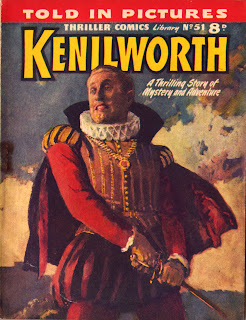 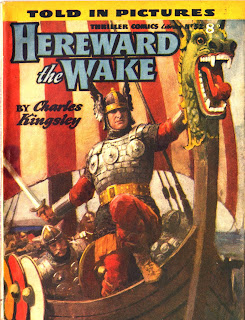 As a consequence Scott's work output rose to meet the 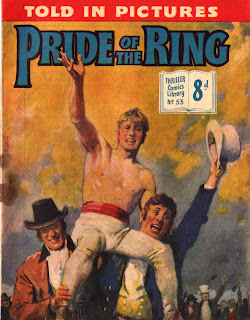 challenge and in the process his work unerringly epitomized a now 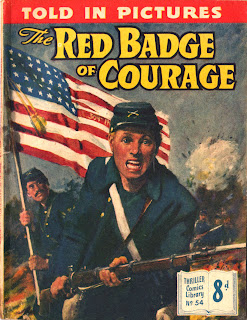 dimly remembered era where the likes of Errol Flynn and Douglas Fairbanks Junior would captivate cinema audiences and authors such as Rafael Sabatini and G.A. Henty were bestsellers. 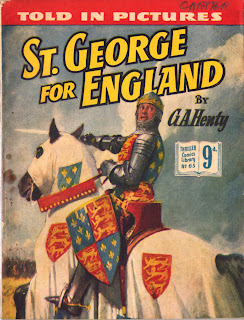 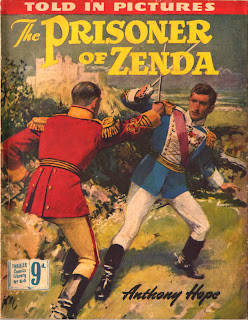 many of the artists and writers involved with the series, including Septimus Scott, who continued to work on bravura 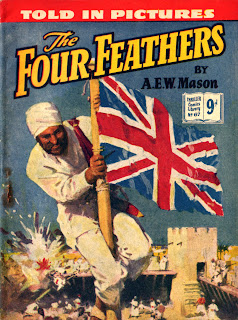 historical artworks well into his eighties. 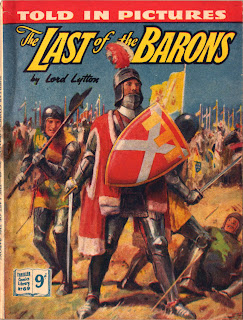 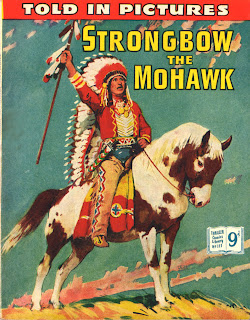 full gallery of Thriller Comics library covers over at The Book Palace. 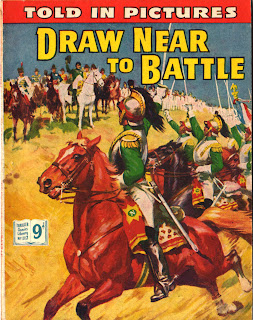 Posted by Peter Richardson at 10:00