Away With The Faeries - The Land of Froud

your craft in such a manner that your three year degree course would culminate with a really spectacular summer show, to which various movers and shakers in the publishing business would be invited. With your work adorning the display boards that sectioned off each area of desk space and with glasses of wine and vol aux vents in attendance you would perhaps discuss book deals with publishers eager to employ your talents, or perhaps you might refer them on to the svengali'esque and newly acquired agent standing with proprietorial intent to your immediate left, as the best person to discuss the finer intricacies of contracts and rights issues.

Well that was the plan at least, and that's all that most of us seemed to think 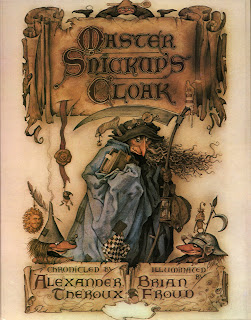 of, totally unaware or uninterested in working for the world of advertising, design, direct mail shots and all the other real money spinners, not really that much interested in magazines either apart from the quality Sunday supplements or The Radio Times, which at the time was a big 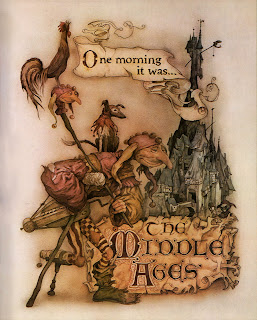 patron of illustration (alas no longer). 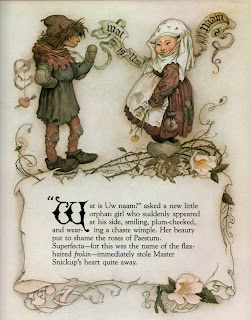 No it was publishing or bust, we were all living in a fantasy world, sedated by spliffs and alcohol, as we agonized over whether we should really struggle into college from our seedy digs or just have another cup of Earl Grey tea and listen to Can or perhaps The Pothead Pixies as the austerely beautiful Mucha muses gazed down reproachfully from their posters at the hippyfied squalor they were mute witnesses to. 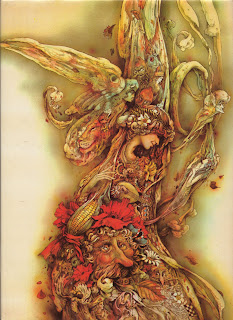 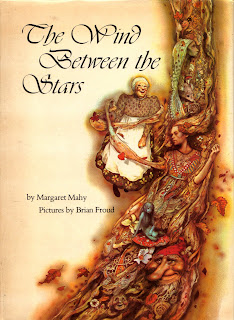 illustrator by the name of Brian Froud, whose work did appear sporadically in small distribution picture books (in the days when publishers could and did take risks) and the occasional paperback cover, most notably a trilogy of books by Lloyd Alexander - the first of which "The Black 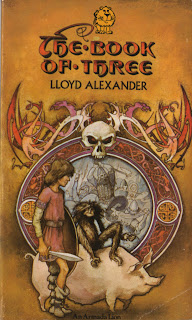 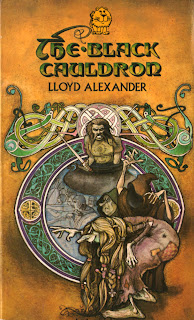 y for another time as they say.

So getting back to Froud, his work was fascinating, but you had to seek it out as even though the books were being published they were not mainstream by a long chalk. But 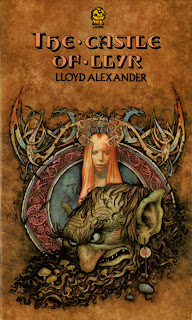 when you did discover them, they were always very rewarding with clear references to the golden age of fantasy illustration which was very 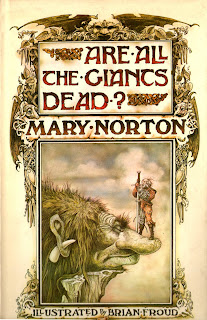 in vogue in the early seventies. There was the obvious tip of the hat to Rackham, but also Swedish illustrator John Bauer, where Froud had picked up a lot of his ideas for Troll Couture from.

It was in 1976, when we had all just recently left college and were struggling with the realities of making a living out of what we had absorbed, that David Larkin a very enterprising editor at leading paperback publisher Pan Books, put together a collection of Froud's work in identical format to a series of books he'd been issuing on illustrators such as Rackham, Dulac and Kay Nielson. The "Land of Froud" was a huge success and Larkin very rapidly developed a follow up, in an amazingly short time frame by combining Froud's talents with that of fellow illustrator and near neighbor Alan Lee, as both men had now decamped from London where they had shared 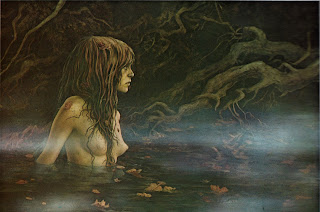 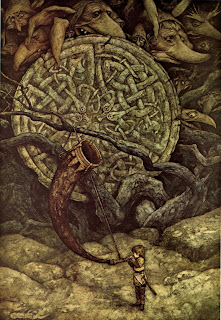 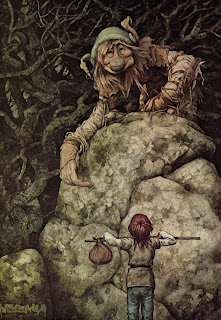 By the time "Faeries" came out it was 1977, it effectively launched both artists into new directions, most notably the world of film, but by then art students had stopped listening to Can and The Pothead Pixies...

... and were into this kind of stuff (eat your hearts out Kasabian) and illustration was heading in another and less romantically indulgent direction.
Posted by Peter Richardson at 09:03