The release of Tim Burton's darkly gothic treatment of "Alice in Wonderland" got me to thinking about an earlier and even more disturbing vision of Carroll's classic text, where a visceral horror 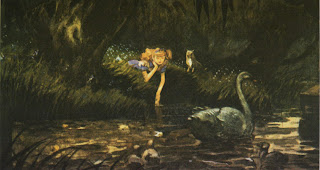 seems to attach itself to the fish eyed creatures that surround the little girl in the pinafore frock.

There's a paucity of information on David Hall, of the little that is known about him it can be 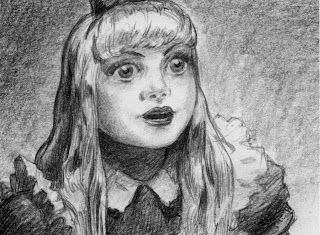 established that he was born in Ireland in 1905 and spent much of his life in the U.S.A., where his incredible artistry brought him into the world of Hollywood and movie making with some of his earliest known work in this sphere involving him producing concept art for the 1933 production of King Kong.

His involvement with the rapidly expanding Disney Studio a few years later seemed a logical move. Disney who was intent on bringing a European sensibility into his feature length productions was looking for a Rackham'esque feel to much of the concept work that was going into the production of "Snow White", "Pinocchio" and "Bambi". He was also toying with the idea 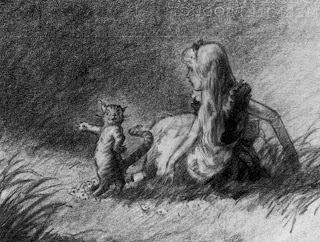 of making "Alice in Wonderland" into a feature, having made a previous foray into using Carroll's text as a springboard for an animated series of shorts some ten years earlier with a live action girl propelled into an animated world under the title of "Alice's Wonderland".

Hall's brief was simply to produce as many concept artworks as he could manage, whilst working with access to a team of storymen who would invite Hall along to 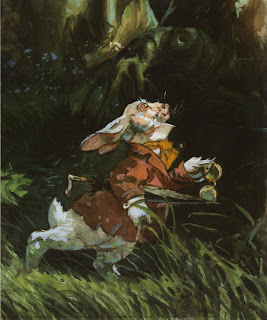 brainstorming sessions, the artist adding the ensuing ideas to the already burgeoning pile of artworks required to 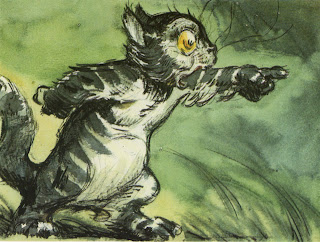 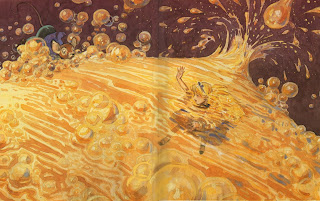 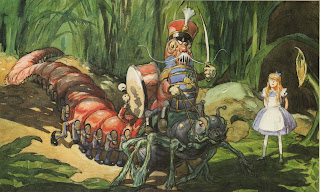 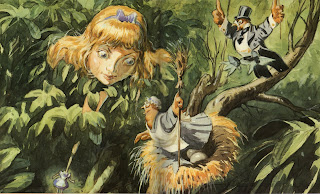 In the end Hall provided an astonishing 400 plus artworks in the three months that he was working on the project, but Disney still wasn't quite convinced that it was the right vehicle for the studio to commit to. Subsequent events which were to have seismic repercussions for the studio's output (i.e. the war and a very messy and bitter studio strike) meant that the project was laid on 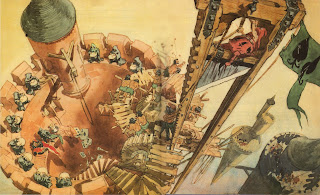 the shelf until, in the early 1950's, the whole concept was re-assessed and Hall's brilliant but very dark vision was supplanted by a much more contemporary and lyrical feel with much of the inspiration coming from the paintings of Mary Blair (sister in law of famed animator Preston Blair whose Walter T. Foster "How To" animation books were a mainstay of every animation studio both in the U.S. and the U.K.).

So here for your consideration are these seldom seen masterpieces - ultimately way too dark for Disney but wonderful nevertheless. 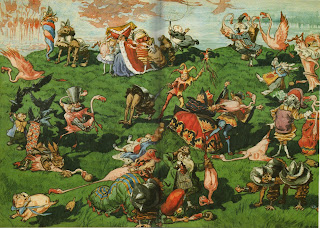 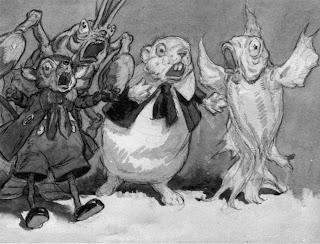 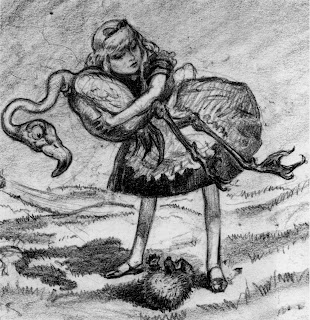 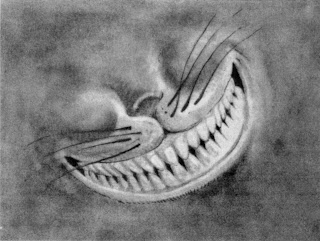 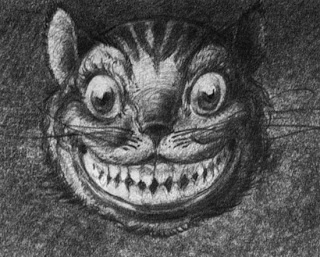 Posted by Peter Richardson at 09:14