UK Comics and the Latin Influence

In 1955, Milanese artist and writer Gino D'Antonio met up with fellow artist Rinaldo D'Ami who with his brother ran a studio in Milan supplying the UK as well as France and Italy with top flight artwork and scripts - in fact in many instances the complete package for content hungry comic publishers. D'Ami whose 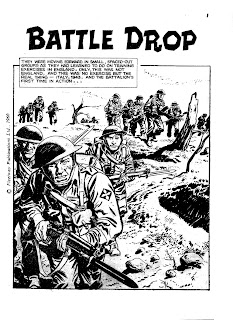 extrovert personality and passion for drawing were key factors in the success of the studio immediately recognised in D'Antonio an artist of considerable flair and ability. It was this meeting that propelled D'Antonio from his already very succe 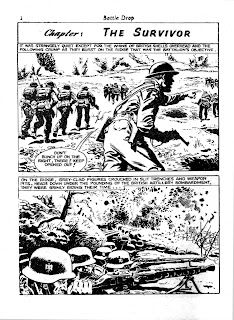 ssful home grown career as an artist and writer in the direction of London's Amalgamated Press, where he was in such demand that he had more work than he could comfortably handle to pick and choose from. 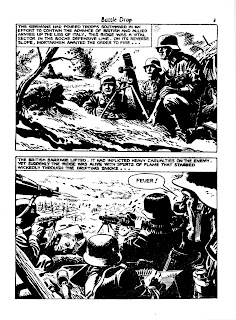 As a consequence he was a regular in A.P.'s weekly comics and when A.P.'s monthly pocket libraries turned their attention to revisiting the still recent Second World War; D'Antonio seemed like a natural choice. His ability to portray vivid action and his brilliance at creating convincing looking protagonists for the adventures he was commissioned to portray put him in the super league of artists working on these comics. 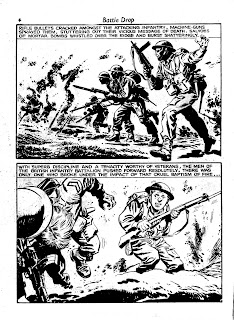 Here for your consideration are a sequence of pages from the opening chapter of War Picture Library's "Battle Drop". I've pleaded with Steve Holland editor of the super series of 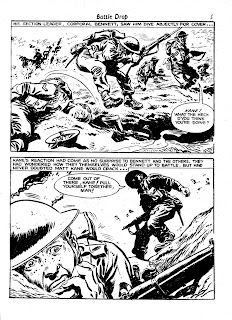 Carlton reprints of these comics to include this story in a 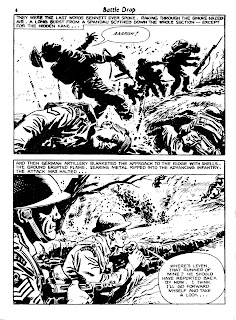 future collection, as to me it is still one of the greatest examples of this kind of artwork for this kind of comic ever to see print. 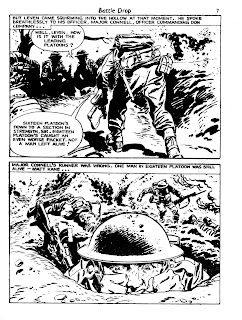 Some of the other artists sharing studio space evidently thought so too as virtually every page from this comic was swiped and not just for interior work. Here's a couple of cover 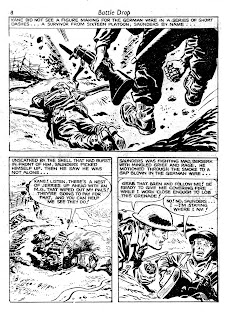 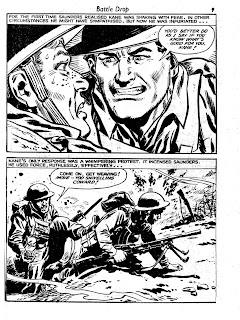 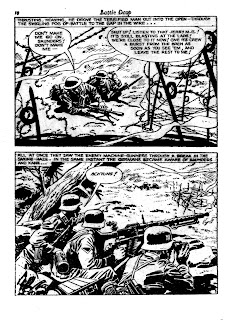 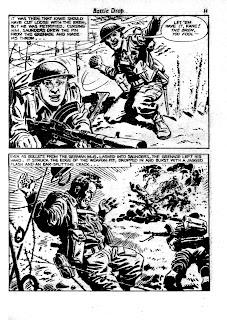 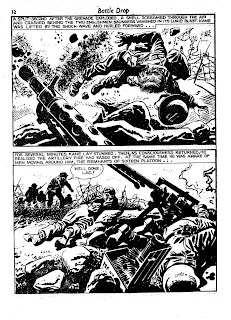 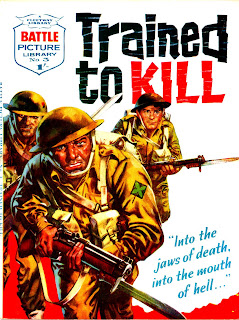 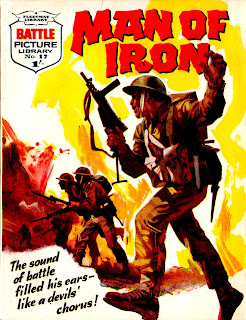 Posted by Peter Richardson at 09:47