The Cabinet of Renzo Calegari - War Is Hell Dept. Take 4 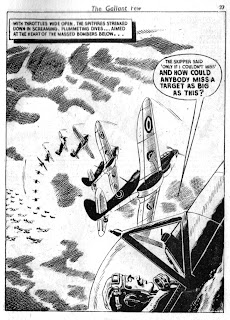 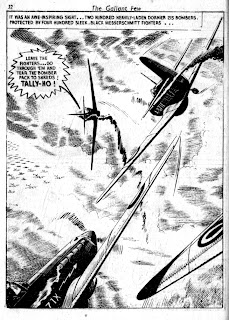 Well perhaps not a cabinet but I do recall at the age of sixteen or so, when I should have been hanging around coffee bars, chasing skirt and making some modest concessions to at least trying to acquire a degree of cool, I was still pouring over comics and becoming aware of the transient nature of everything, trying to ward off the as I perceived it, imminent deterioration of my comics collection.

Crikey!!! They were actually out on a set of open bookshelves, exposed to dust and even worse ...  sunlight, so for a while I stored all my pocket libraries in a drop down cabinet until I eventually acquired a set of bookshelves with sliding doors. Problem solved apart from the friggin' staples whose tendency to rust presented yet another archivist's nightmare. 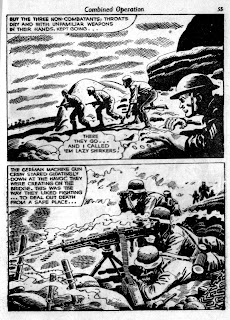 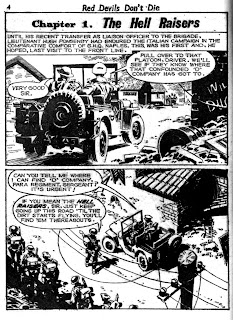 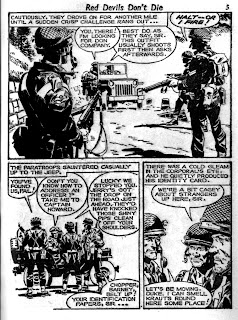 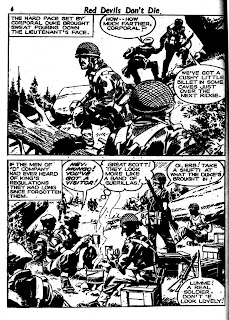 My pocket library collection in those days was primarily War, Battle, Air Ace and Commando, with War Picture Library as my primary interest and aside from the truly stunning covers by the likes of Giorgio De Gaspari, Allesandro Biffignandi and Pino De Lorco, there was some truly super scripts, which when accompanied by stunning artwork (Three - Two - One - Zero WPL No. 43, Crash Call WPL No. 54, Broken Wings WPL No. 49, Battle Drop WPL. No. 67, Enemy Engaged WPL No. 68) made for an unforgettable comics read. 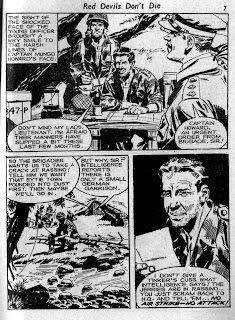 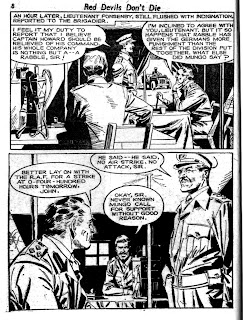 Top of my list of favourite artists along with Gino D'Antonio was another Italian artist by name of Renzo Calegari, who if you'll recall the earlier posting was also working at the D'Ami studio in Milan, in fact by the time that D'Antonio was head hunted by studio boss Roy D'Ami in 1955, Calegari who was some five years D'Antonio's junior had already served a two year apprenticeship and was now undertaking work for a wide variety of clients including the U.K.s Amalgamated Press (later Fleetway, later I.P.C. etc, etc). 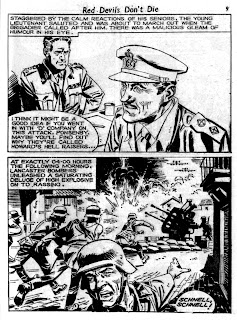 Calegari and D"Antonio over the subsequent years got on well together, sharing an affinity for many of the artists whose work they admired and Calegari whose admiration for the elder man showed in the way that he absorbed so much of D'Antonio's approach to drawing to the extent that they started collaborating on artwork, most notably an epic history of the Wild West Storia del West (History of the West) as seen through the eyes of two families. 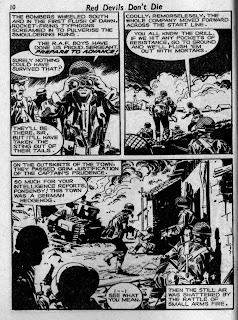 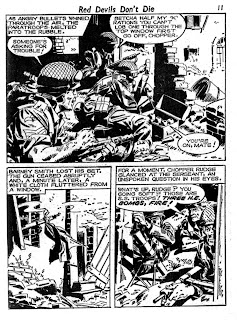 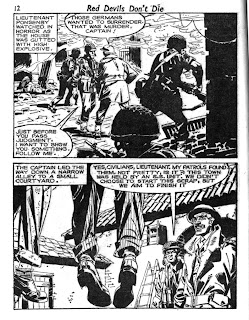 Shortly after this series was published Calegari left the field of comics for the best part of a decade to devote his energies to working for the Italian Communist Party returning to the field in 1977 to draw the series "Welcome To Springville" scripted by Giancarlo Berardi. 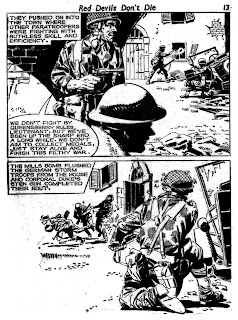 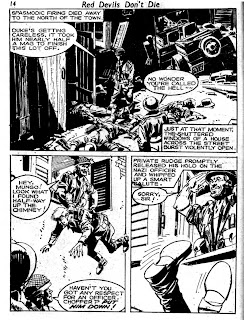 More information on the fascinating war pocket libraries can be found in The War Libraries: v. 1: The Fleetway Picture Library Index

which is published by Book Palace Books who are engaged in some very exciting publishing projects (more on these shortly). And talking of the Book Palace, they have an excellent gallery of early covers of all the pocket libraries mentioned as well as some of the comics themselves on sale.

In the meantime here's some examples of Calegari's earliest War Picture Library work from "The Gallant Few" WPL No. 4 and "Combined Operation" WPL No. 14 followed by the opening chapter W.P.L. No. 251 "Red Devils Don't Die", where the increasing maturity and assuredness of his style is plainly evident. 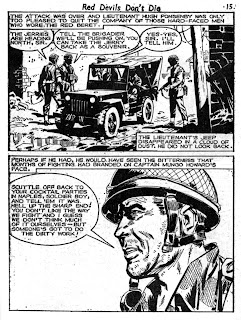 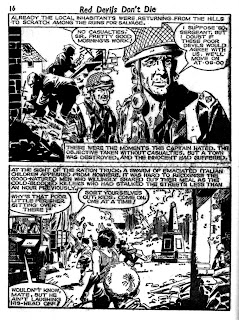 Posted by Peter Richardson at 10:13