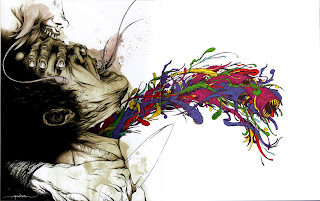 Alex Pardee is a truly inspirational artist, and I'm not just referring to his work which is an incredible juxtaposition of unsettling and disturbing imagery, presented in a way that is both technically seductive and very thought provoking. But hell no it's more than that - Alex Pardee is a man with a mission statement and the determination to share his art with an uncaring world come what may. 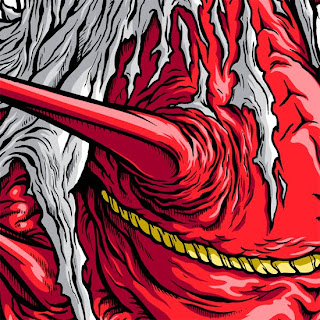 Born in San Francisco in 1976 and weaned on a diet of horror movies and comics (including Tales From The Crypt - of course!) Pardee's work is full of subtle reference points and laden with the kind of in your face imagery that demands your attention. The fact that he's had to battle with truly debilitating bouts of depression is further testimony to his determination to create and build an audience for his work. 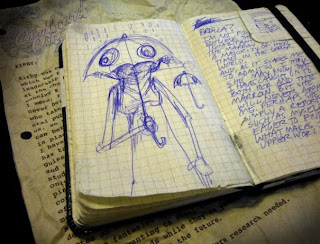 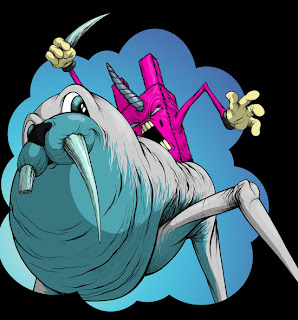 There is a burgeoning DIY ethic among young creatives, highlighted by the activities of graffiti artists such as Banksy,  which is really two fingers up to the apathy and self regard of the current art establishment and driven by a resourceful and inventive approach to getting your work out there. 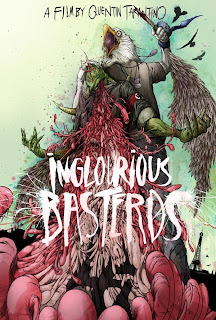 Here's how Alex Pardee went about getting his work out beyond the confines of his bedroom. "I bypassed a publisher and spent my own money and effort hand printing books and secretly shoving them in people's faces by putting stacks of them on the shelves of record stores, bathrooms - anywhere." 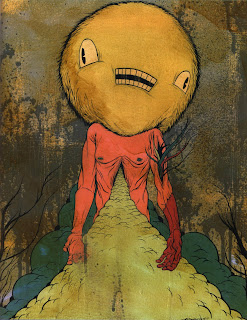 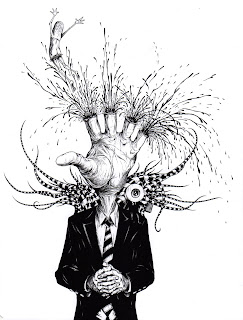 was published in October 2008. Definitely worth adding to your library if you're feeling flush as it's now out of print and therefore tres expensive. He's also collaborated with illustrator Sam Keith on Ojo

which was his first major comic, there's a lot more of his stuff out there and to contextualise Pardee's work with many of his contemporaries, the excellent Juxtapoz

is a great starting place. 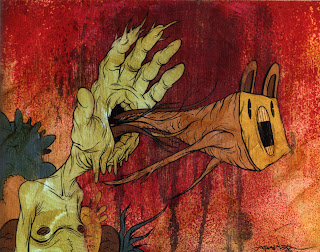 Posted by Peter Richardson at 09:49