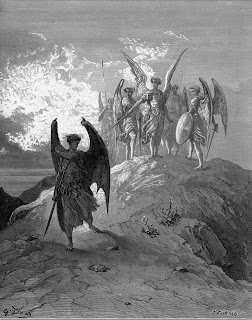 Well I just couldn't resist. Phil Rushton's comment that Dore employed 40 engravers to work up his ideas into densely detailed printable artworks hints at just how successful Dore became as his work continued to expanded it's markets through the development of the electrotype which allowed reproduction from molds of his studio's engravings rather than the original engravings themselves.

His work as a result became internationally recognized and the contract that he had with the UK publisher Cassell netted him £10,000 per year, a fortune for the latter half of the 19th century. 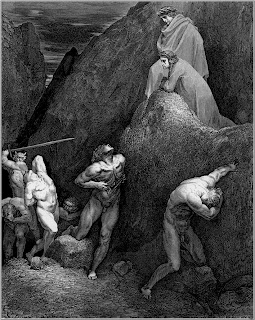 Here then are more examples of his amazing artistry from Dante's Inferno and the final image from Tennnyson's Idylls of the King, which although I listed amongst the samples included yesterday were in fact conspicuous by their absence. An oversight I need to make up for - hence the posting. 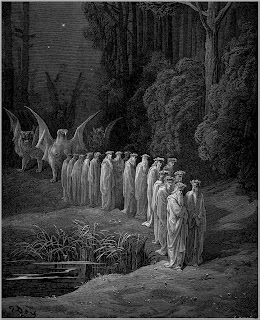 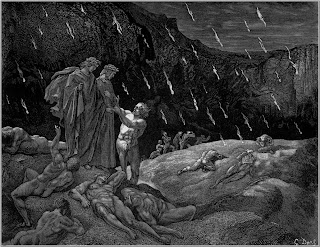 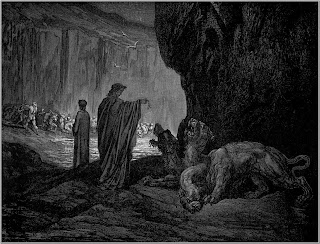 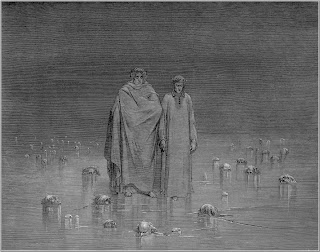 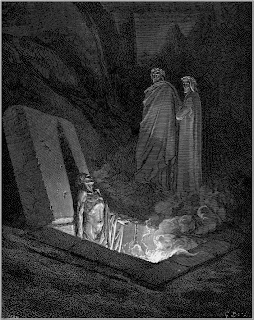 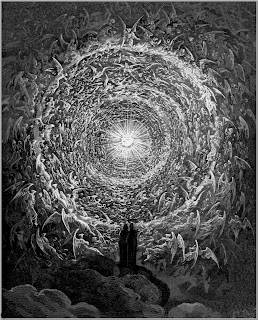 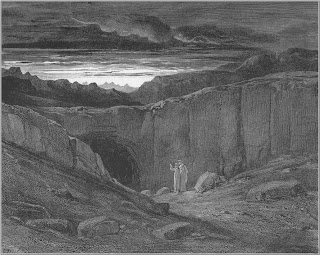 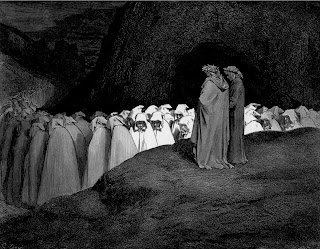 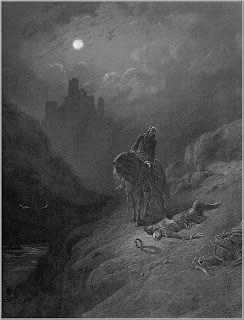 Posted by Peter Richardson at 23:51