The McLoughlin Project - Your Help is Needed! 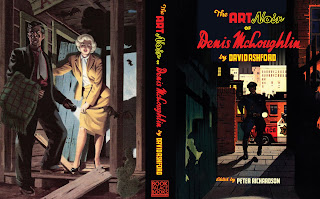 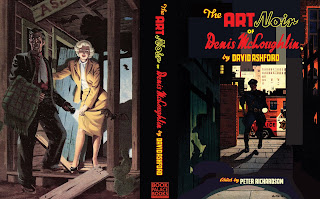 Glorious weather outside and I hope you are all enjoying the lovely weekend. May the sun shine on you all whichever corner of the earth you are reading this from. 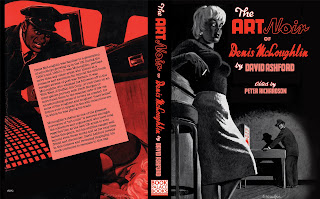 Anyway to business, as well as the deadlines from hell, I also have the publisher from hell to contend with. That dynamo of enterprise and connoisseur of comic art hath bended my ear of late about the resurrection of an idea that I was working on this time last year, which was quite simply to update and reformat the excellent booklet that David Ashford and Denis McLoughlin produced in 1994 titled The Hardboiled Art of Denis McLoughlin.


This idea was put on the back burner when the Wulf project began to take shape - only because I just couldn't afford to take a whole year off to wholeheartedly devote myself to two book projects as well as Cloud 109 (it still lives!). 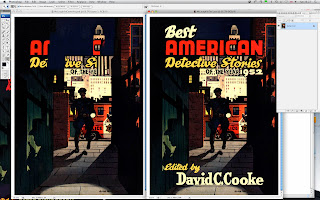 My task vis a vis the Mcloughlin book is, as stated previously - editing and reformatting, but it also includes such fun tasks as designing the thing so that it has a real dynamic. The sort of book that you pick up and it just welcomes you in, which in the case of Denis McLoughlin is relatively easy to achieve as his work at it's best is just totally seductive.

The book will be a lot less expensive than the recent Wulf the Briton extravaganza, quite simply because the work we are showcasing is relatively small scale and even Denis McLoughlin's Boardman hardbacks are all A5 size, so we are not immediately into the economies of scale dictated  by attempting a same size reprint of a UK broadsheet comic. Consequently this book will be about the size of the Fleetway Indexes and will not be nearly as expensive to produce as the Wulf book.

But, and this dear reader is where you come in, my work also includes sourcing really amazing imagery which we can use to add further visual flair to this illustrative extravaganza. What I really need at the moment is (ideally high grade) material to source, particularly in the case of the Boardman paperbacks and hardback hard boiled fiction. We have some but we need more and if you can help out this would be great. So if by any chance you do have any material of this nature which you can scan, do let me know and also if you have, by some miracle McLoughlin original artwork for the Boardman Hardboiled fiction covers we would be forever in your debt.

In fact any original cover and color artwork would be great, we have some but more would be wonderful.

And here as an appetizer are two of the early try out covers for this book, plus a screenshot of a classic McLoughlin cover being reworked to accommodate the new type. McLoughlin actually painted his lettering straight onto the artwork, so I am reluctantly having to commit the ultimate sacrilege by repainting in Photoshop the areas previously occupied by the type face and endeavor to replicate both the McLoughlin style as well as all the printing artifacts, such as grain and off register effects.
Posted by Peter Richardson at 17:28