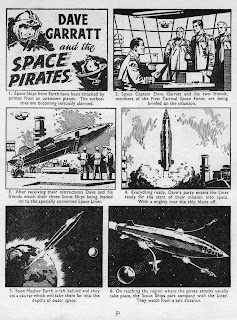 Picture your overworked and hyper stressed bog meister falling on his knees with gratitude as he receives yet another offering from one of our regular visitors - none other than Mr Phil Rushton, in answer to the inevitable questions posed by his comment on yesterday's posting by mentioning Ian Kennedy's earlier sci-fi outing Dave Garratt.

Yup in the dim and distant 1950's when the height of modern age communications was the Dan Dare radio set, or more prosaically two tin cans and an interconnecting length of string and Ian Kennedy was signing himself Chas, boys used to thrill to space age adventures of this ilk... 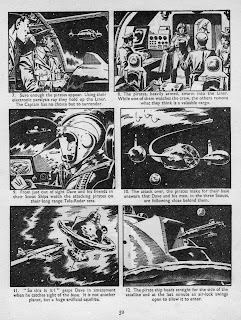 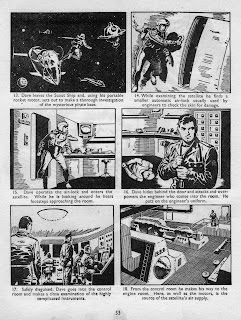 Definite hints of Ron Turner in some of these pieces wouldn't you say???

And from 1962 another example of early Kennedy sci-fi art. 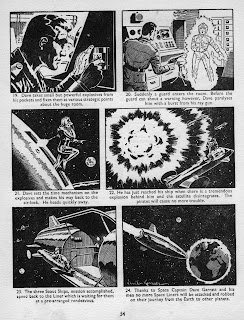 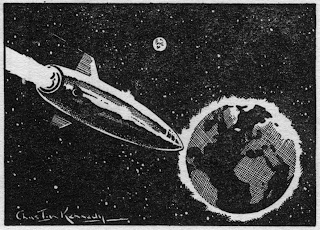 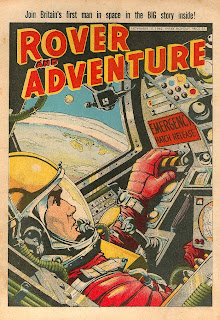 Posted by Peter Richardson at 21:29