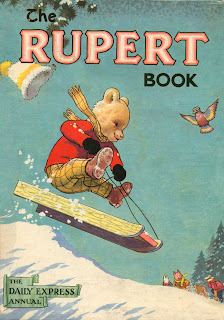 Courtesy of Phil Rushton here are some pages from the 1956 Rupert Annual. This is a particularly beautiful example of Alfred Bestall's work. Bestall had inherited the little bear from it's creator Mary Tourtel in 1935, when Tourtel's eyesight started to fail. Bestall was initially taken on a six week trial basis and had to follow the template established by Tourtel as closely as possible. But as time went on he developed the strip into a work of real beauty that easily eclipsed the work of his predecessor. 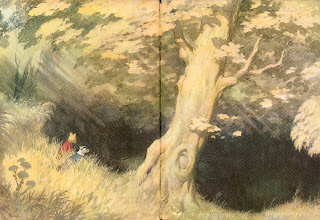 By the time that this annual appeared Bestall was into his sixties and still working for a relatively modest wage. His work on Rupert required him to provide scripts and artwork for the daily strip that appeared in the Daily Express as well as providing all the work for the annuals, which had first been introduced in 1936 and were a continuing best seller. Prices for these books have steadily risen over the years and a copy of the now very rare first annual in dustjacket will set the collector back a couple of thousand pounds. If you don't believe me click on this link. 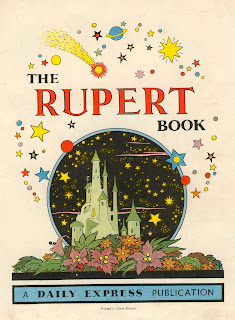 Bestall eventually retired from the strip in 1965 but his work is rightly regarded as being the definitive incarnation of Rupert Bear, whose dream like adventures were counterbalanced by a very English middle class gentility. In fact the more one thinks about it the more one can see a certain parallel with the work of Studio Ghibli, where sun drenched meadows attain a dream like intensity and things are never quite as reassuring as they might initially seem.

But enough of my waffle, here are some of those pages and one of my favorite ever endpapers from any Rupert annual.

An interesting aside, but Alfred Bestall was a keen proponent of the art of paper folding - the word origami was unused in the UK at the time these stories appeared. But as you will see there is a weird little character that looks like a man made of paper, which in this case he was. Bestall always contrived to create stories that would allow him to create a folded paper exercise which would be printed in each of the annuals as yet another festive diversion. In fact paper folding became so popular as a result that Bestall was elected President of the British Origami Society after the death of it's founder Robert Harbin. 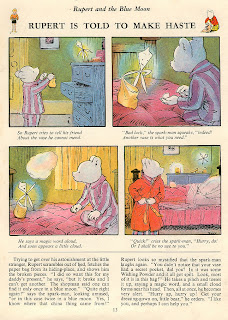 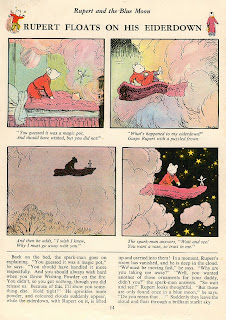 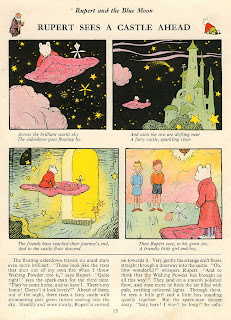 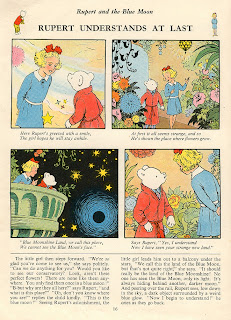 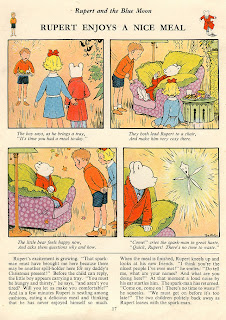 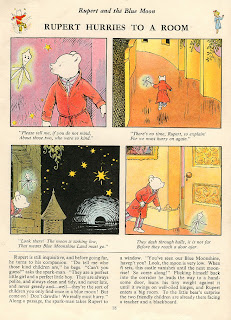 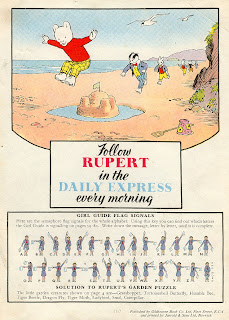 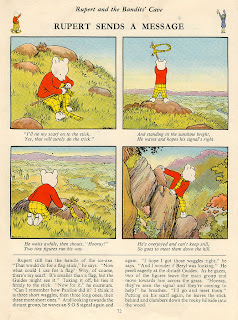 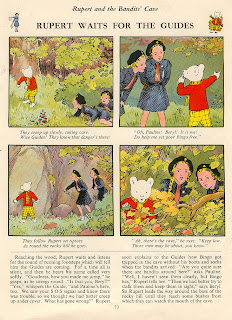