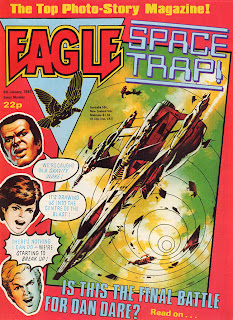 Courtesy of Malcolm Norton here are some of Ian Kennedy's stupendous cover artworks for the Eagle Comic of the 1980's. The comic was launched with Gerry Embleton initially handling the drawing chores for Dan Dare, the rest of the comic being largely based on fumetti strips. Fumetti which in this context refers to photo based comic strips was very popular in European comics from the 1960's onwards and in the U.S. attracted the attention of James Warren who first employed it in the Harvey Kurtzman edited Help magazine as well as adaptations of horror films in his one off magazines Horror of Beach Party, The Mole Men and Curse of Frankenstein/ Horror of Dracula.

Gerry's stint on Dan Dare was however short lived and the man that picked up the reins was the ever dependable Ian Kennedy.

So here without further ado are some of those covers. 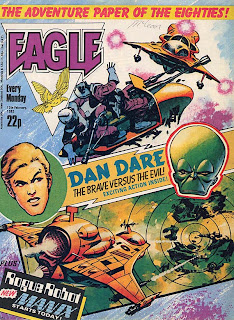 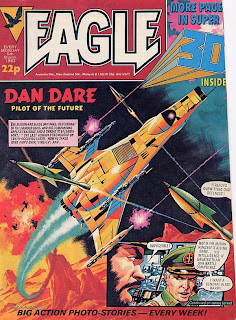 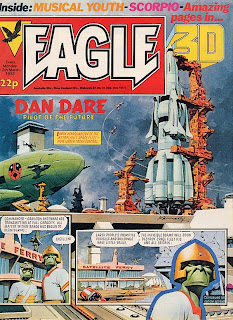 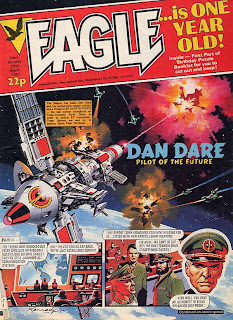 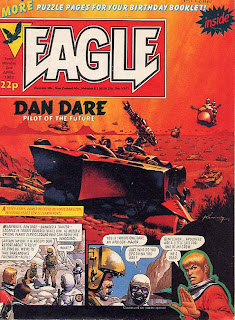 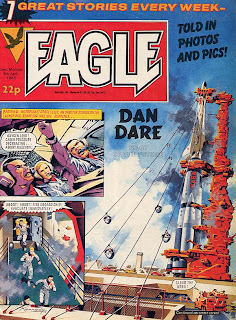 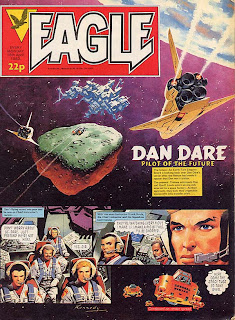 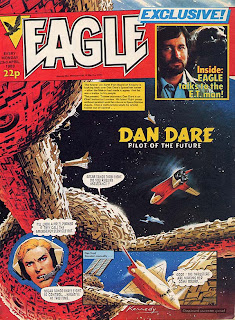 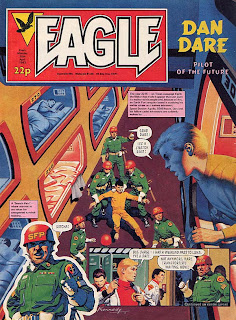 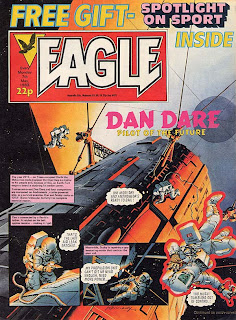 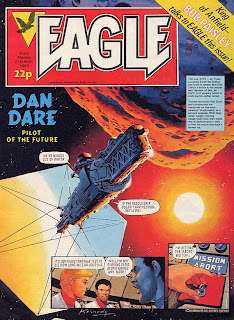 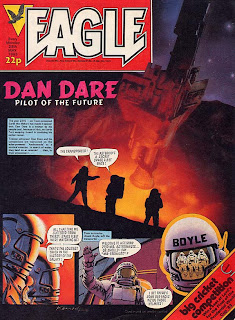 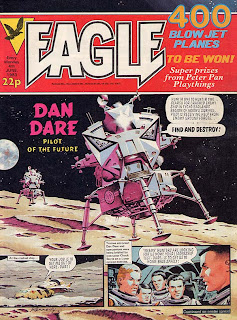 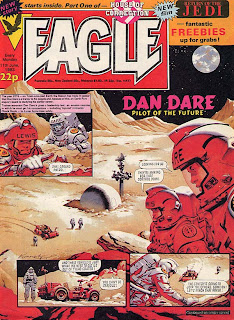