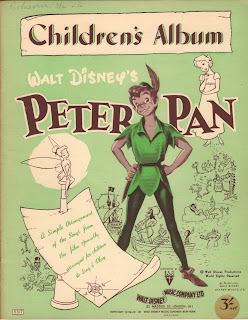 Did Pan show good form when he did this to me?

Cut off my hand and through it to the crocodile. The cursed beast like the taste of it so much, he's followed me around ever since... Licking his chops for the rest of me." 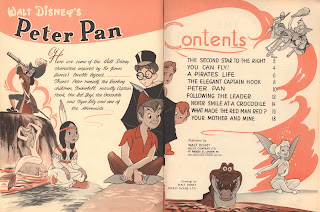 My brother and I could recite copious portions of Walt Disney's Peter Pan to each other although we hadn't as yet seen the film. This being in the days when you had to wait for the studio to re-release the film and send it out on the cinema circuit during the three year production hiatus whilst the people in the Mouse Factory located in sunny Burbank California got on with their next animated epic. But the reason we could so unerringly conjure up the script of Peter Pan was, that Disney obsessed weirdos that we were, we actually had (gulp) an LP of Peter Pan complete with glucky voice over... 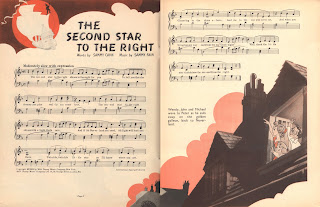 "This is your Disneyland storyteller bringing you the story of Peder Pan." 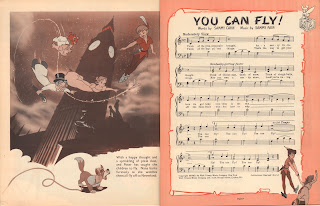 Yup them's were the days when the were no DVDs, no computers, no videos, all you had was a black and white TV where you would occasionally see excerpts of these (to us) lost classics of yesteryear animation. In fact we were so desperate for more of these animated wonders that we would record the soundtrack of the Christmas and Bank Holiday Disney Time's on an old Grundig tape recorder, so in our heads and aided by whatever scraps of visual stimuli we could acquire, we would run the film. 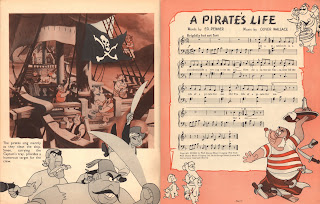 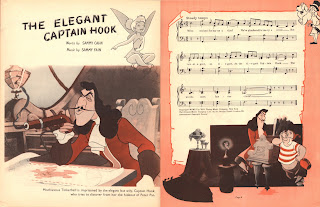 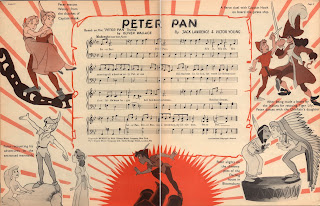 As mentioned in a previous posting, it was possible to get hold of song books of films such as Peter Pan to help add to the visual stimuli required for smooth imaginary running of these animated classics. 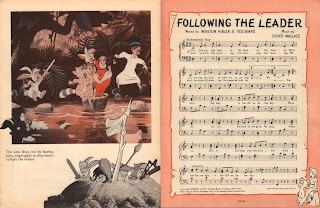 So here without further ado is... 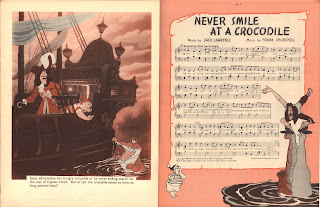 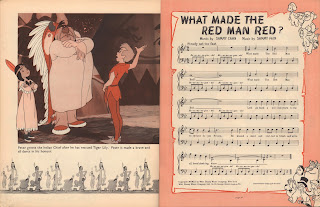 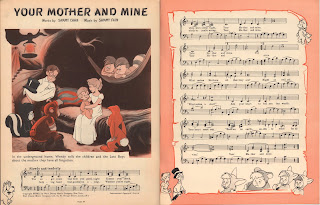 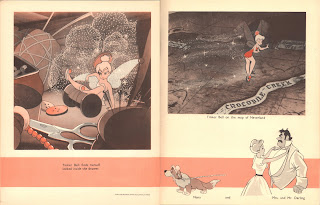 Peter Pan in all his mono and spot color glory. 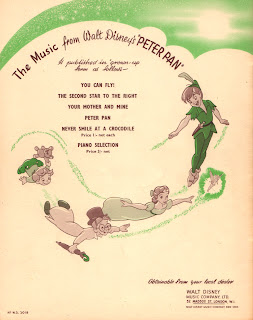 Posted by Peter Richardson at 10:11