Jordi Penalva's paintings for Fleetway war comics were almost ubiquitous by the late 1960's, he then proceeded to work for rival publisher DC Thomson where he created equally powerful covers for Commando comics.

An excellent write up on Penalva appeared a few years ago on Peng Leif's blog courtesy of David Roach - co-author along with Jon B. Cooke of the Warren Companion, which also includes Penalva in it's listings, as he also contributed along with a lot of other ex War Picture Library artists to Warren's magazines.

Here's some other originals which slipped through the Carlton books net. 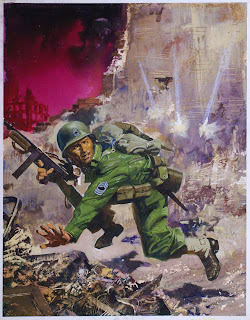 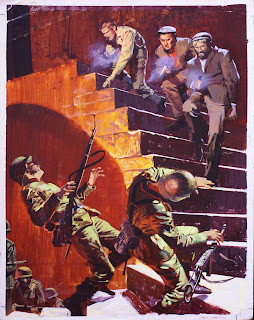 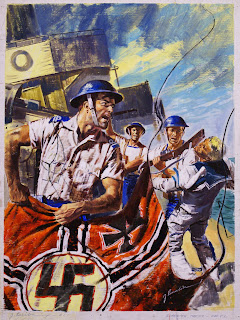 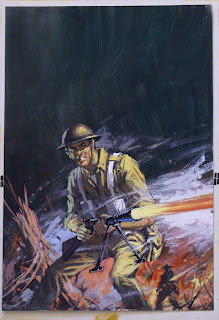 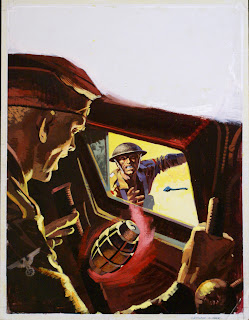 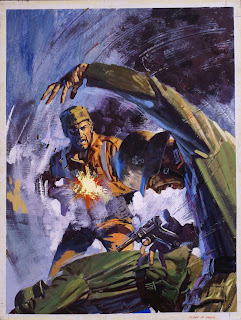 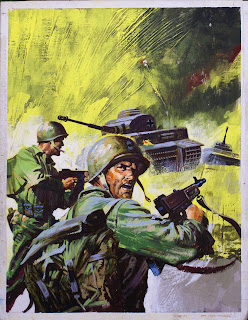 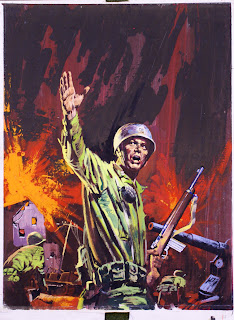 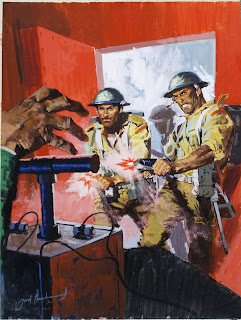 Posted by Peter Richardson at 18:29