The Tortured World of Matias Alonso 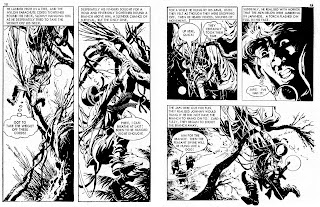 Steve Holland over at the Bear Alley Blog recently ran a posting on Matias Alonso, and the work which he showed although somewhat atypical of this great artist's output did get me thinking about my first introduction to Alonso's distinctly weirdly torrid and idiosynchratic take on comic strip art. 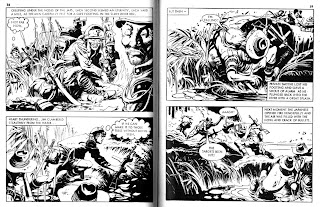 As regular visitors to this blog will be aware I was a child of postwar Britain and as such was regularly exposed to the pocket libraries which regaled schoolboys with tales of daring do as good old Blighty  got it's tin hat on, brewed up a cup of tea and went orft to fight the Hun and the Jap. 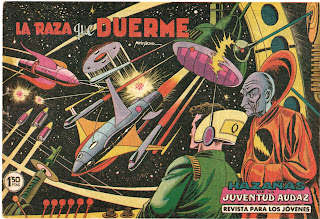 Matias Alonso became a regular contributor to Commando comic with issue 35 and in many ways his work seemed to be the perfect embodiment of the over the top, cult of the rugged individual that Commando's editor Chick Checkley and Commando's numero uno cover artist Ken Barr had created around the title. 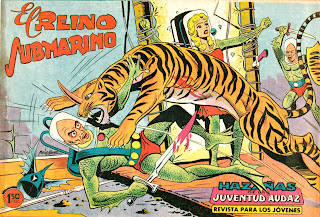 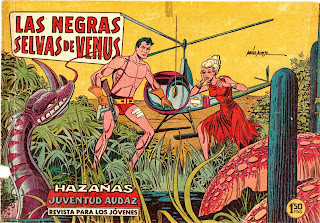 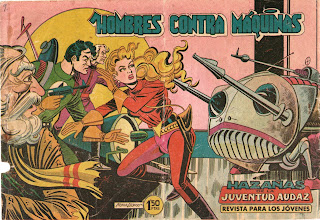 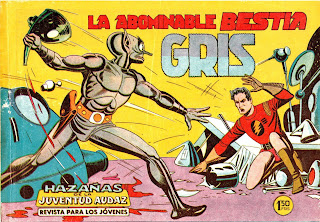 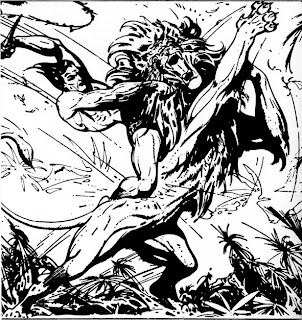 Alonso's work was so out there that it would (and subsequently did) seem ill at ease in Fleetway's more staid titles, War, Air Ace and Battle Picture Library. Whereas a lot of the artists working from studios in Barcelona, Milan and Buenos Aires were working under the influence of Milton Canniff, Alonso seemed to be working under the influence of Burne Hogarth. Burne Hogarth whose figurework in Tarzan was a tortured depiction of figures at the extreme point of any action, full of beetling brows, rolling eyes so heavily rimmed that everyone seemed to be wearing layers of mascara, heavy black shadows, muscles taut, teeth clenched, a world in extremis. Even Hal Foster on seeing what had become of Tarzan once he had handed it over to Hogarth, concluded that old Burne had somewhat lost the plot,"All violent action looks like salad with nothing on it but vinegar - you have to have different elements".

This was evidently a message lost on Matias Alonso, in comparison to Alonso's work Hogarth's work seemed relatively sedate. Alonso was like Hogarth on amphetamines and in terms of Commando perfect. 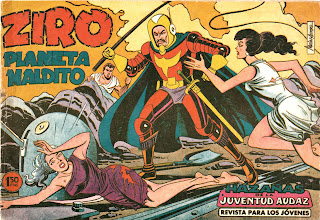 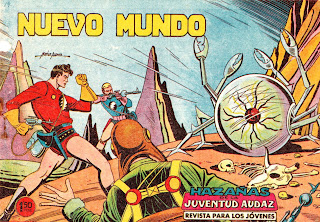 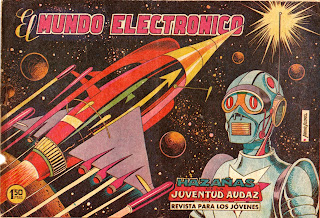 Illustrating the start of this post are a couple of spreads from some early issues of Commando - "Burma Johnny" (note the flipped perspective with the moon in the right hand panel) and "Man Trap" (brilliant story). It's all there but part of the reason that this stuff never seems to get reprinted is the definitely non PC Japanese soldiers, I mean even in terms of war time posters these guys are pretty close to the edge. But so is Alonso's work and that's what makes it great. 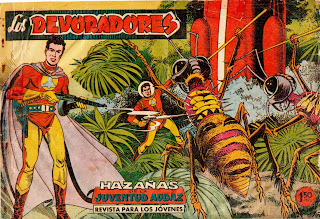 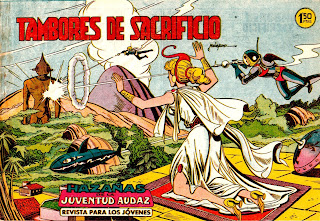 And here courtesy of The Loft are some truly superb examples of Alonso's work, where the debt to the U.S. influence is clear to see. So after you've drooled over these examples get your ass over to Grandpa's loft and see what else he has in store for you.
Posted by Peter Richardson at 10:30