Color Your Dreams - And Your Nightmares... 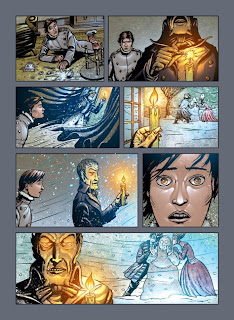 As regular visitors to this blog will be aware, I have on more then one occasion fulminated against the perfidies of computer colorists let loose on treasured classics of comic art. Having gulped in horror at some of the less than sensitive handling of line art by wannabe painters I am firmly of the school that less is more. 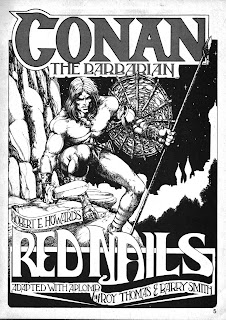 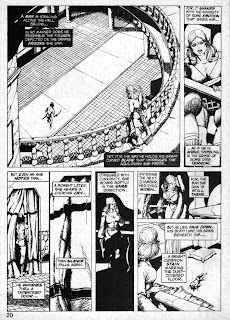 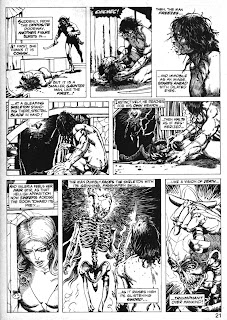 However there are some instances where a colorist is really on top of his game, these guys are usually artists in their own right as with Nikos Koutsis, the colorist of the very extraordinary and compelling graphic meisterwork aka "Mirabilis Year of Wonders". Working with Leo Hartas's distinctly linear rendering Nikos adds layers of color and modeling which actually add to rather than conflict with Leo's linework. The finished result is indeed a wonder to add to the year of wonders. 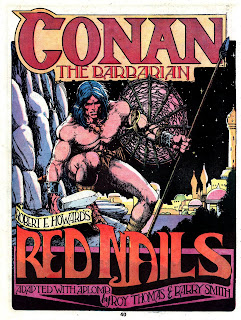 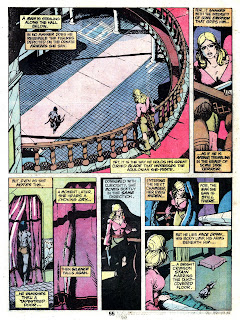 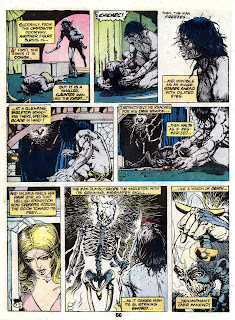 Here is another example of an artist who knows what he is doing adding to the artist's original intent. In this case it's French artist Richard Isenove, who has studied painting, drawing, photography and animation with some of the top talents in the business. He left his native France in 1994 after qualifying at the Ecole Nationnale Superieure des Arts Decoratifs and then headed off  to the California Institute of the Arts, where he further refined his skills. 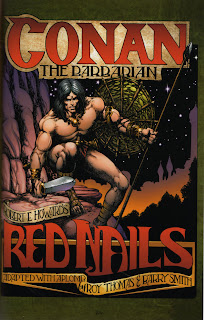 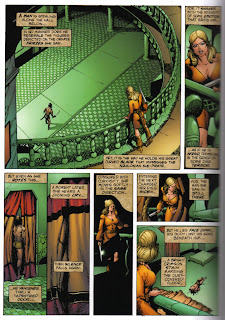 So let's look at an example of his work as he tackles one of the (imo) greatest stories ever to appear in comics, the sequence in question of which I'm only going to show two pages to avoid spoilers, was when I first read it some thirty something years ago one of the most genuinely chilling moments in comics that I'd yet encountered. Roy Thomas and Barry Smith's adaptation of Robert E. Howard's "Red Nails", is in every way conceivable a tour de force, Smith went above and beyond the call of duty to ensure that this his swansong on Conan

would be as good a job as he could deliver and the result is so haunting that images from the story have burnt their way indelibly into my subconscious. 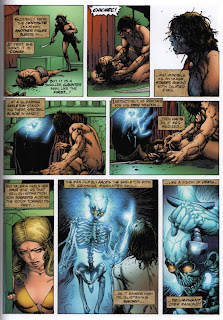 The story first appeared in Savage Tales in 1973 and then a couple of years later was colored up for inclusion in the large format Marvel Treasury edition. Isenove's version which appears in the recently published Barry Smith Conan Archives

volume 2, is the first version which truly evokes the colors and atmosphere of the jade city trapped within an outer temple where light seldom ventures and nameless horrors await incautious visitors.


Isenove has admittedly from a purist standpoint, taken liberties with Smith's line work by transposing elements of it into separate channels and adding flaring and textures, but I've got to reluctantly admit that for me, it does work and while I still prefer the black and white version as far as Red Nails in color goes, this is the best I've come across. An instance where the colorist has attempted to put himself inside the head of the artist and in the process added to rather than subtracted from the work itself.


An interview with Isenove can be accessed here:
Posted by Peter Richardson at 10:05