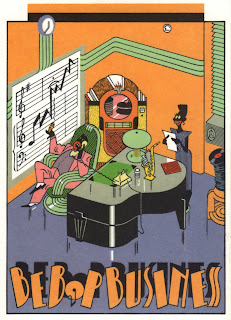 There are some professions that you know just don't equate with financial security and anything to do with the arts is guaranteed to prove this maxim. My Scottish aunts always used to shake their heads in disbelief when upon enquiring on our post school progress realized that your's truly  was intent on a career in illustration. "Why doesn't he train for accountancy?", they would enquire of my mother who was in the unenviable position of having to try and justify this lunatic enterprise. "Accountancy is a good career, Peter ought to consider it - he'll get nowhere with his art. It's no way to make a living", they reproachfully opined. 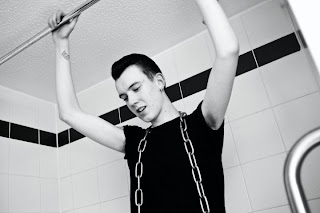 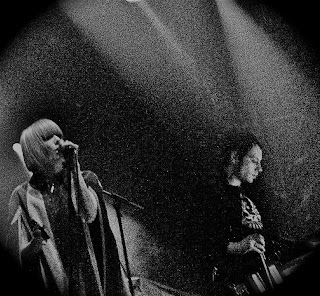 It was in a weird way rather flattering that they would consider me eligible for a career in accountancy, as I was to all intents totally innumerate, if there is such a thing as numerical dyslexia, then I have been a long term sufferer. Anyway my aunt's words do come back to haunt me from time to time, partly because although I have enjoyed a degree of success as an illustrator, the periods of financial uncertainty that accompany this profession reveal just how perceptive my well intentioned aunt's comments were. And also because as the parents of two avowedly non conformist sons, I do find myself unwittingly cast in my mother's role as various members of the family enquire as to the doings of Jack and Tom, neither of whom have been anywhere near a university thus far. I have run past our youngest the thought that if the dear little cherub does decide on three years of academe he needs to get on with it PDQ as come 2012 it's all going to look horribly different, as the experiment to keep 50% of school leavers funding themselves through "uni"  as opposed to cluttering up job centers, is about to become dauntingly expensive.

But at the moment Tom is gigging in France with his band Dark Horses and playing Glastonbury on Sunday: 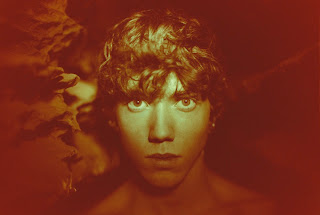 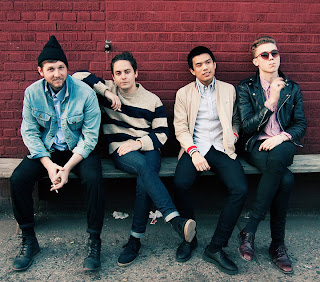 and his elder brother Jack who as a singer /songwriter has been pursuing the rock n roll vision from bedsit land in London's East End to apartment land in Brooklyn and as well as joining Ryan McGinley's psychedelic cave dwelling waifs, has finally managed to form a band of  focused and driven musicians going under the name of Soft Skin. They've now got serious management behind them and all looks cautiously a little more promising than was the case a year ago.

But the music business is every bit as fickle as the graphics industry, fashion, acting, writing, fine art, you name it, it can all turn on a sixpence. 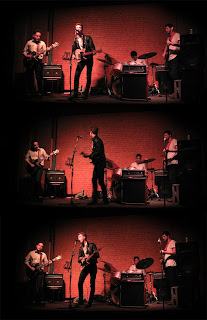 In a way that's what makes it worth doing, I don't worry about unemployment as until the next commission come in, I am by definition unemployed. It's a state of affairs that is a constant and by it's inevitability it forces me to work out  new ways of attracting business, people in the creative professions are not complacent - the fear of financial meltdown acts as an imperative and stimulant in a way which is inconceivable for someone with twenty years working at a proper job.

Anyway totally self indulgent but here's a promo for Dark Horses followed by a couple of salutory videos of Jack's first band when they were all still wet behind the ears, playing local gigs down on the south coast. 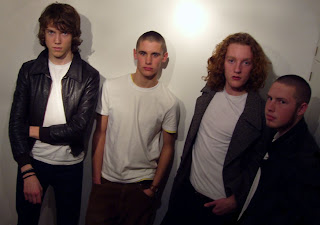 The first film was taken at one of the premier biker pubs in their hometown, where the juke box would play AC/DC at stadium volume (during the  day time!). The venue was happiest hosting Led Zep tribute bands but one of the younger members of bar staff had got them a gig there, provided they could play a 90 minute set as a minimum requirement for their otherwise wasting floor space. With manic integrity they insisted that the bulk of their set would be self penned material with a few covers thrown in as a sop to the old geezers in leather and black.

By nine o' clock the bar was still unremittingly dead, even tumbleweeds and stray dogs were conspicuous by their absence, so as you can see here, off they went for better or worse.

The second example although badly auspiced was a much more successful affair. The venue in question must remain nameless for reasons which will become apparent as this tale unfolds. The bar was one of those places that opens when all the other bars in town have shut, acting as a host to the nocturnal world of assorted riff raff, flaky bohos and people with nowhere else to go. This meant that artistes and we're talking here of poets, performance artists and people just too "out there" to ever make it onto "Britain's Got Talent" would hit the boards no earlier than ten o' clock at night. This video captures the band at the start of their second set by which time the bass player had pushed his amp up to a sufficient volume that ensured that not just the floorboards were vibrating but people in Calais were probably picking up the odd snippet as well.

The circuitry was such that the light above the performers heads would balefully spit sparks every so often, threatening to combust the hideous coke encrusted pink carpet that ran unapologetically throughout this dive. In the end it all proved too much and the guitarist's valve amp blew out, but in  a magical moment of inspiration the remaining musicians extemporized a reggae work out while the guitarist suffered repeated electric shocks as he endeavored to, in the end successfully, run his guitar through the mixing desk. By the end of the show people were literally dancing in the aisles.

It all seems a long time ago now...
Posted by Peter Richardson at 10:59