Edmund Dulac and the Golden Age of the Picture Book 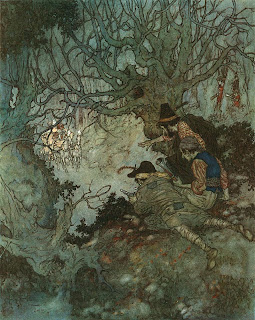 My introduction to the work of Edmund Dulac was via a friend of mine at art college who managed to acquire an original edition of his illustrated "Stories From Hans Christian Andersen". Published in 1911, it is one of the most desirable picture books from what has long been referred to as the "Golden Age of Illustration". This era was in retrospect a brief moment in time and in fact it's very brevity would have implications for the man whose work shone from the pages of this very handsome antiquarian book.

Edmund Dulac as his name would suggest was a Frenchman, who in 1904 at the age of twenty two moved to London and thereupon embarked on a very successful career as a book and magazine illustrator. His first commission being a series of 60 illustrations for an illustrated edition of the Bronte sisters work. 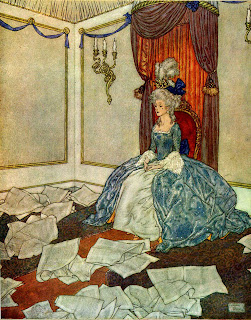 The timing of his arrival was prescient indeed for it neatly coincided with the move to offset litho printing which was a far more accurate and economic method of color reproduction than previous methods had proved.

There were of course one or two constraints, the first being that the paper required for this process had to be coated (i.e. non absorbent) for the inks to take correctly. This meant that the illustrations had to be printed on a different (and more expensive paper) than that which held the type. As a consequence the illustrated sections had to be "tipped in" before the book was then bound. The second consideration was that registration of the three colors plus black was still not an exact science and there often tended to be a bit of slippage when the artwork was finally printed. 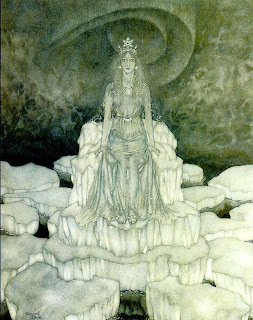 That being said the results were often spectacular and printing houses would endeavor to bridge the technology gaps by applying supreme craftsmanship as a means of overcoming some of these short comings.

Dulac, like many of his contemporaries, Rackham and Charles Robinson to name a few, used a pen key line to help compensate for possible areas of print misalignment. His exposure to Japanese prints from an early age, his father being a salesman of textiles and fine art, had sensitized his awareness to the elegance of beautifully designed line work and his style positively blossomed as his work load increased. 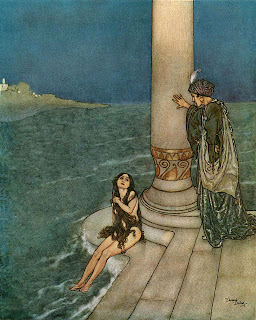 His success was such that when war broke out he was able to devote himself to a series of charitable endeavors, where he literally worked for nothing, the money earned from the sale of these works going to a succession of good causes. Books such as "Princess Mary's Gift Book" and "Edmund Dulac's Book of the French Red Cross" were hugely successful in terms of publishing and all the money payable to Dulac went to the good causes they celebrated.

His work also underwent change as he moved away from the color palette that had so characterized his earlier work and moved to warmer hues and somewhat more stylized figurework. 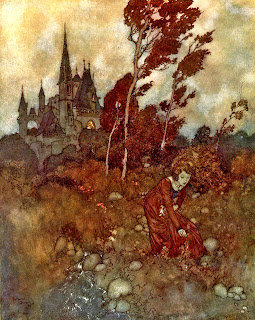 By 1918 not only was the First World War over but Dulac's career as a picture book illustrator was also pretty much curtailed as was "The Golden Age of Illustration". He did however have other design skills that he could bring into play and although he was living from paycheck to paycheck he was not on skid row yet. His work in these latter years included stamp and currency design along with a rich variety of commissions for theater, portraiture, set design and packaging, as well as magazines on both sides of the Atlantic and the occasional publishing commission. 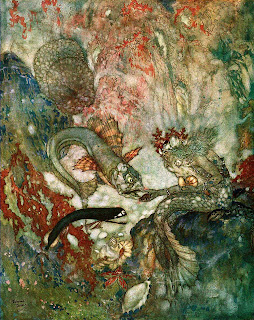 It was midway through such a job, Milton's "Comus" that in 1953, at the age of seventy he suffered a massive heart attack and died.

Here for your weekend delectation are some of those illustrations from "Stories From Hans Christian Andersen". 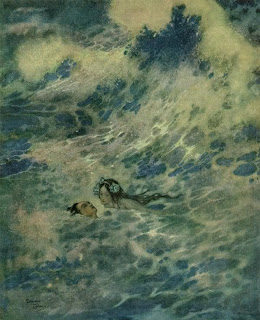 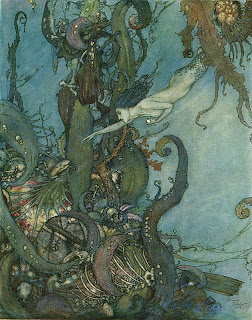 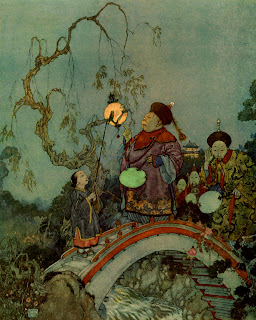 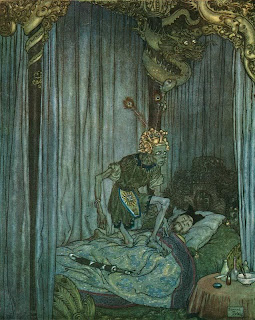 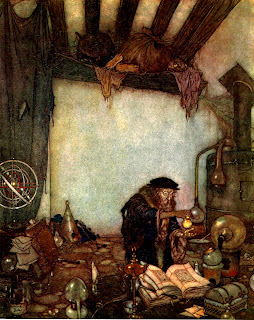 Posted by Peter Richardson at 11:26