Fleshing Out The Fantasy - The Background Art of "Pinocchio" 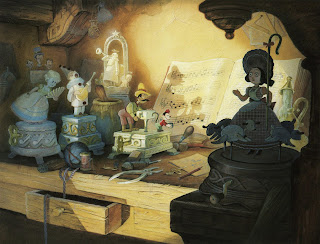 In yesterday's post I dwelt on the truly astonishing work that Gustav Tenggren created for two Disney masterpieces; "Snow White and the Seven Dwarfs" and "Pinocchio". For "Pinocchio" which had an astonishing variety of scene changes and locales, Tenggren created dozens and dozens of paintings and drawings all invested with a Northern European sensibility that would have been hard to accomplish had the task been allocated to the locally sourced talents that were working at the studio. 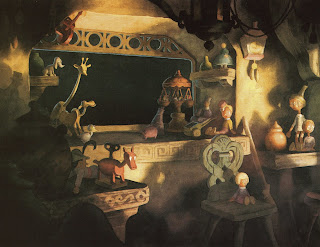 That being said, it was the task of many of these younger men and women to interpret the work of the concept artists and in the case of the layout and background artists ensure that the intent of an artist such as Tenggren was adhered to whilst ensuring that the backgrounds accommodated camera moves and the characters themselves. 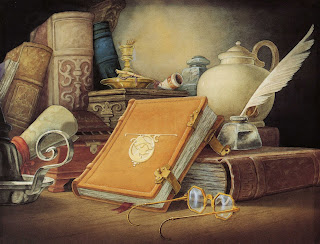 The samples that I'm going to show you today are all the work of a young man who was a native of Southern California and like Tenggren had joined the studio in 1935 on the recommendation of another Disney artist who just happened to be a member of the same local watercolor club that the young Claude Coats was active in.  Coats had served his apprenticeship well commencing work on Mickey Mouse shorts and then embarking on work for Disney's first feature, "Snow White and the Seven Dwarfs". 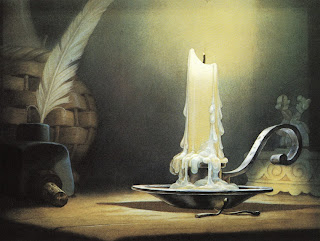 The background work that Coats supplied for "Snow White" was all watercolor based but when "Pinocchio" went into production the decision was taken to move to gouache, which although a water based medium did have the advantage of greater opacity and a generally bolder and more dynamic tonality then is typical of watercolors.

It was Coates work on "Pinocchio that really did mark him out as a Disney superstar of background painting.

Claude Coats' son Alan has a website devoted to the work of his father - well worth a visit. 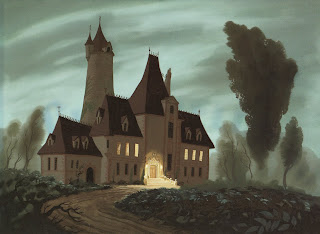 And here to round off the post are some more breathtaking examples of Coat's artistry from thre 1950's features," Cinderella", "Alice in Wonderland" and "Peter Pan". 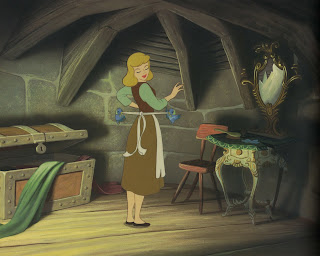 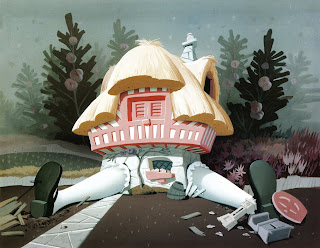 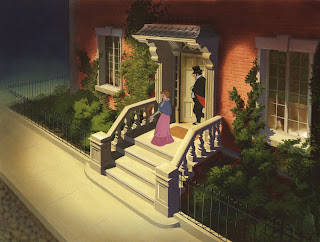 Posted by Peter Richardson at 08:18