More Of The Fantastical Art of Steve Lavis 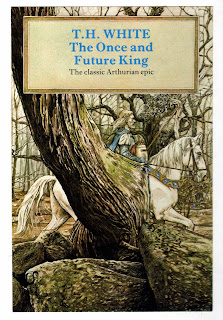 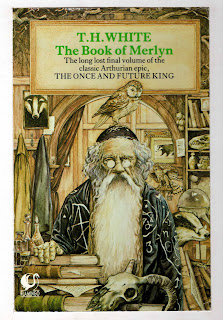 A few months ago I made a posting about the work of fantasy artist Steve Lavis, whose work sprang to prominence in the early 1980's with covers for the Narnia novels of C.S. Lewis and the then rising star of children's fantasy literature Alan Garner. 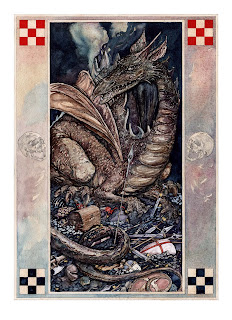 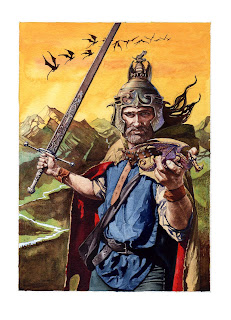 Those were heady days indeed, pre-computer where illustrators used real material such as pencils, inks watercolors and in the case of some of these paintings by Steve, acrylics. Having achieved an enviable profile as a young fantasy artist, Steve was regularly being approached by art editors and publishers eager to have his work adorning their projects. 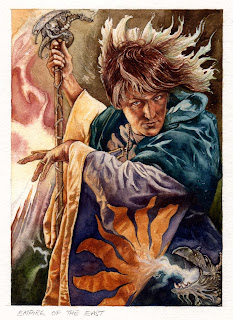 Included in the gallery of work are illustrations for "The Book of Merlin"  and "The Once and Future King" and work for a book entitled, "The Tasks of Tantalon" by the noted games developer Steve Jackson and edited by a young guy working at Oxford University Press by name of David Fickling. 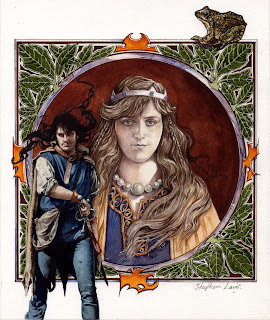 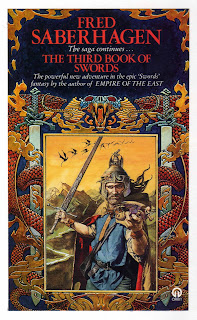 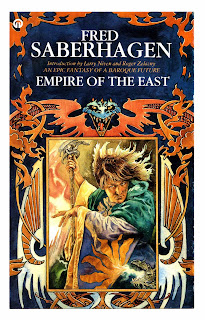 The model for many of the covers of the Fred Saberhagen and Gene Wolf novels is none other than another distinguished artiste of all things phantasmagorical, Ian McCaig, who Steve Lavis had befriended whilst both the young artists were living in London. McCaig who had a two handed sword amongst his collection of fantasy bric a brac would strike heroic poses in the cramped surrounding of his tiny London flat while his wife illuminated the scene with a hand held anglepoise lamp and Steve clicked away with his camera. The selected images would be projected via an epidiascope onto the paper on which Steve had laid out the cover area to be filled. 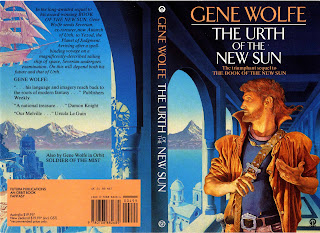 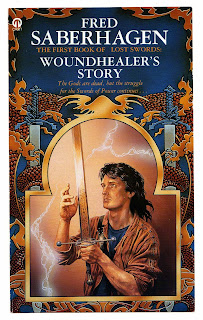 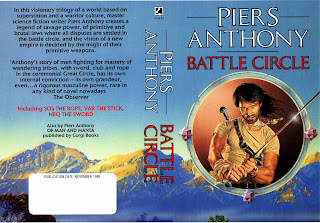 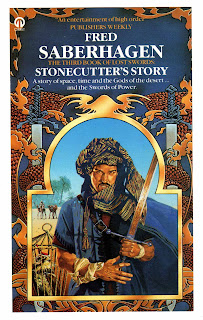 Not a million miles away from Maxfield Parrish's modus operandi and with McCaig's profile bearing an uncanny resemblance to Parrish's, the resultant covers have an at times uncanny resonance with an earlier age of romantic fantasy illustration.
Posted by Peter Richardson at 10:58