The Prolific Talent of Doug Moench 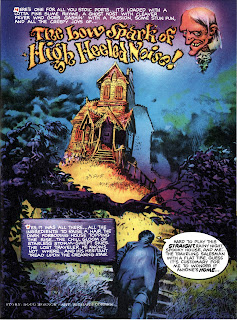 The following story is yet another classic from the canon of stories that typifies the second golden age of Warren comics. Doug Moench who had been active in comic fandom since the age of fifteen was one of Warren's busiest rising young stars. He'd been an avid reader of 'Famous Monster of Filmland' and latterly Creepy and when he thought of pitching a story beyond the confines of fanzines, he set his sights on the offices of James Warren as his ideal first port of call. 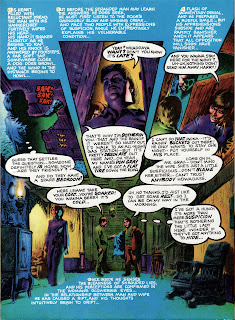 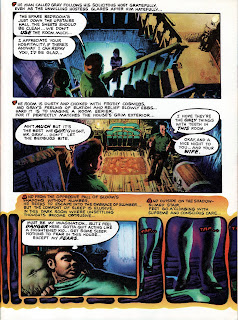 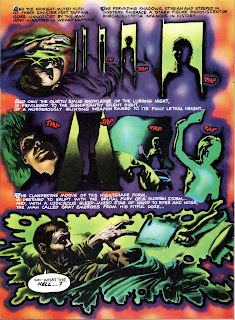 Not content with submitting one script he enclosed five, sealed the envelope, affixed the stamps and posted the envelope - then as he said promptly forgot about it and went back to living his crazy life. 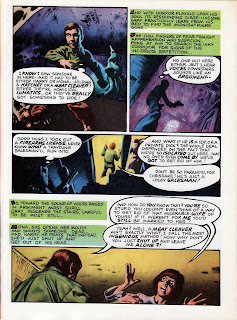 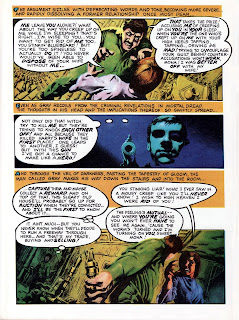 Sometime later came a response came from Warren, or rather Archie Goodwin (who had briefly returned to take up the editorial reins again). The response such as it was, was a check for $125.00 and a brief moment of heady elation as the young Moench thought that such a generous amount of money for one story was pretty good going - that was until he surveyed the accompanying paperwork and realized that Goodwin had bought all five stories. 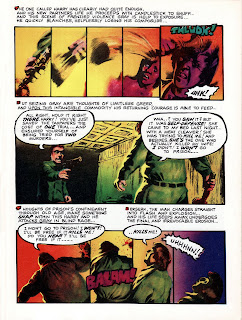 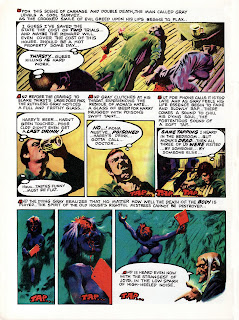 Although Moench had no say which artist would be assigned to his Warren stories, he always regarded Richard Corben as one of his ideal visualisers and you can see why in this take on the travelling salesman (modelled on Corben himself), the weird old house, and it's dysfunctional inhabitants.
Posted by Peter Richardson at 10:23