Passing On The Baton - The Amazing Mark Schultz 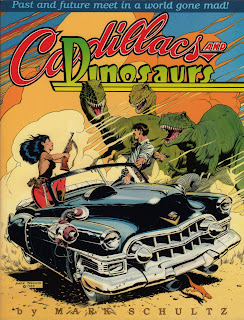 Having immersed ourselves in some of the EC greats, I thought I'd wind the clock forward a few years and look at the work of Mark Schultz, whose work in 'Death Rattle Comic' and 'Xenoic Tales' propelled him into the comic book spotlight in the late eighties and early nineties. 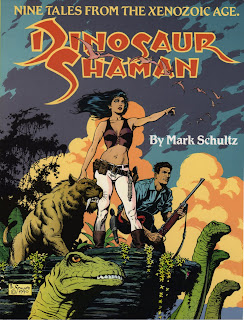 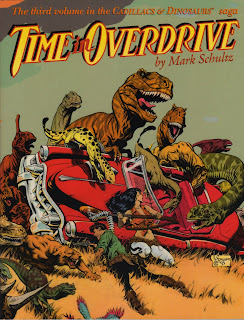 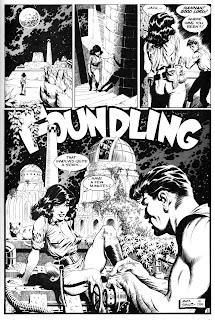 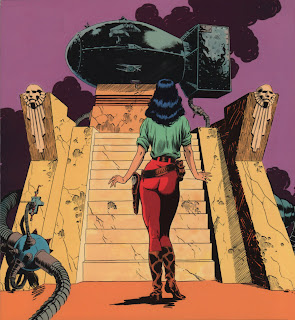 Schultz who had trained as a painter and subsequently eked out a career for himself as an illustrator, had always harbored a desire to write and draw his own comics. Like many boys growing up with comics in the mid sixties his first exposure to the medium was via DC and Marvel comics, it wasn't until a seminal moment when he discovered EC comics and subsequently traded his own collection of DC and Marvel comics for a box of vintage ECs that he found his true inspirational font. 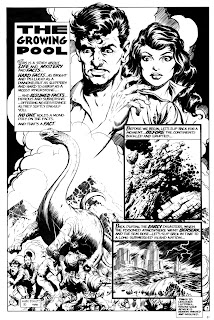 His first stories for the series that would eventually be christened 'Cadillacs and Dinosuars' and would spawn an animated TV series as well as garnering Eisner and Harvey Awards, first appeared in Kitchen Sink's Death Rattle Comics

, the reader reaction prompted publisher Denis Kitchen to offer Schultz his own comic and thus was born 'Xenoic Tales' which Schultz shared with fellow collaborator Steve Stiles. Between the two of them they created a land not unlike the worlds that Al Williamson, Wallace Wood, Roy Krenkel and Frank Frazetta had conjured up in the pages of EC's Weird Science and Weird Fantasy comics some four decades earlier. 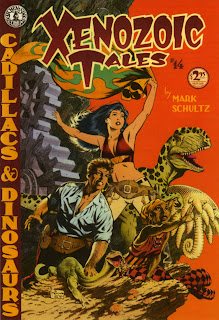 Schultz's work which was good to begin with simply got better and better and his output on the series was eventually collected into paperback form by firstly Kitchen Sink Press and subsequently Dark Horse Comics, sadly both editions are now out of print but are obtainable from the 'usual sources'. 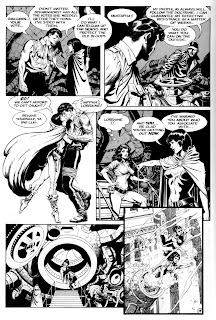 As the series progressed however Schultz who was working hard on upping his draftsmanship and refining his sumptuous inking technique, slowed down in terms of production and at the present although he has plans for more work on the series his commissioned work has to take precedent and the world of Xenoic Tales is, for the moment at least, left in limbo. 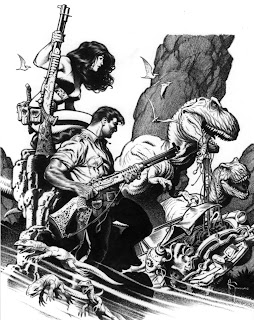 More recently Schultz has busied himself as script writer for Prince Valiant and has completed some truly fabulous artwork for The Wandering Star Conan series as well as The Various Drawings series of books for his current publisher Flesk Publications, who he also wrote a superb text for their recent collection of Al Williamson Flash Gordon

stories, Williamson not only being one of Schultz's all time inspirational heroes but also a close personal friend. 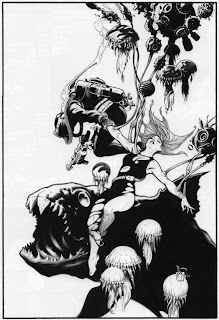 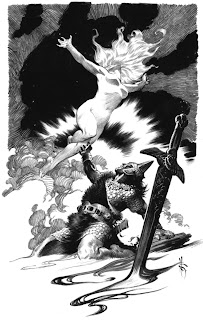 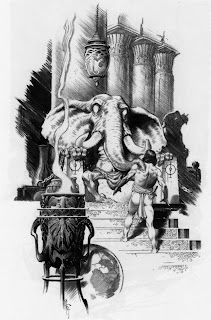 If you haven't looked into Mark Schultz's work before, then now's the time to check him out.