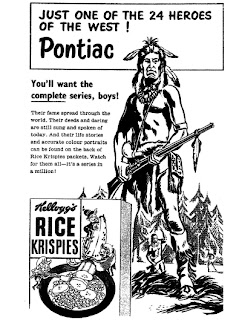 I just thought I'd run a few more of the Krispies Embleton artwork, the giveaways were printed on the back of Kellogg's Rice Krispies throughout 1956 and were advertised in the Eagle (where the colour ad comes from) and Express Weekly (where the black and white ad appears).

These illustrations originally appeared in the Eagle Times and it's definitely worth a visit to their blog.

In addition and to continue the Western theme, I'm including a few pages from another early Embleton masterpiece; "Don O' The Drums", which ran in Mickey Mouse comic at around the same time - many thanks to Phil Rushton and John Wigmans for supplying the scans. 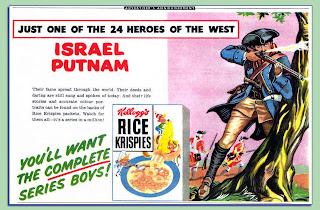 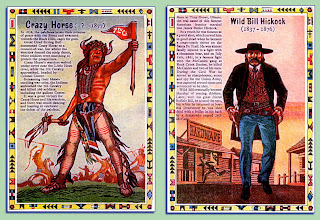 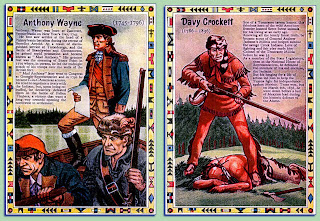 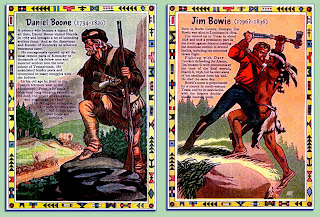 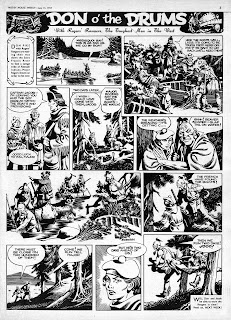 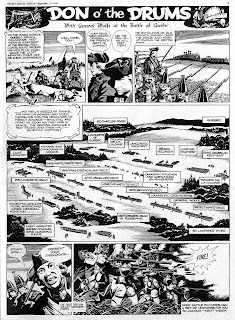 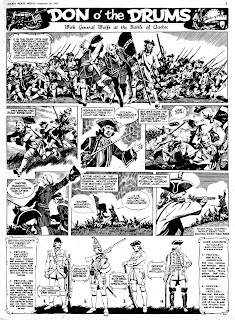 Posted by Peter Richardson at 08:12