The Search For The Spirit of Rock n" Roll 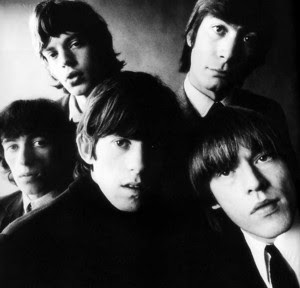 A few days ago I posted a piece about the photograph that adorned the cover of the Rolling Stones debut LP. Frequently attributed to David Bailey (Bailey's work is to the immediate right) it was actually the work of Nicky Wright, who took a lot of photos of the Stones in the heady early days of their meteoric rise to fame and fortune. Nicky's credit with the Stones expired when he got too friendly with Brian Jones, who wanted to involve him in a personal project and as Jones's stock was by this time less than zero with the Stones manager Andrew Loog Oldham, the association was fairly brusquely terminated. 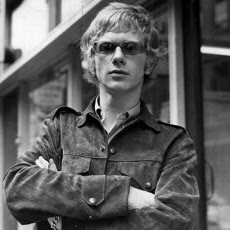 Thinking of the Stones and just how anti-establishment the stance adopted by them and their brilliantly savvy manager ALO was, got me to thinking how rock music has steadily been on a downward slide to the plains of social acceptability for much of the last ten years or so.

The reasons for this are multifarious but if you cut away all other considerations and just concentrate on the vital factor of M O N E Y, you'll begin to understand why. In the film "Dig

" Ondi Timoner's brilliant account of the love hate relationship between "The Dandy Warhols" and "The Brian Jonestown Massacre" a record executive puts it as baldly as this; " Ninety percent of records fail, and by fail I mean they don't recoup the costs of putting the record out in the first place". He went on to point out that of the remaining 10% only half that number would show a profit the rest would just clear their costs and as another young record exec pointed out reflecting ruefully on an appallingly expensive video shoot for the Dandy Warhols that never quite fulfilled the suit's dreams in terms of record sales,"those are the kind of expenses that lead to empty chairs in record companies. 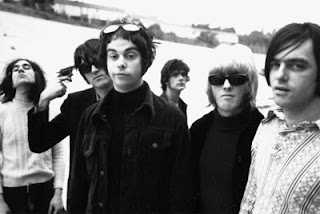 And that dear reader was nearly fifteen years years ago - way before broadband access to the internet and the instant fix of downloadable music the majority of which can be accessed for free.

So the thought of a band no matter how promising, having a big record company prepared to bank roll adventurous artistry is just that - a thought. Had the Rolling Stones been happening now it is extremely unlikely that Decca Records would have sanctioned them recording "Little Red Rooster", a slow blues by Willie Dixon as a follow up to their previous hit, "It's All Over Now". Why even their manager Mr Loog Oldham was opposed to the idea, but they did it and it worked - went straight to number 1. 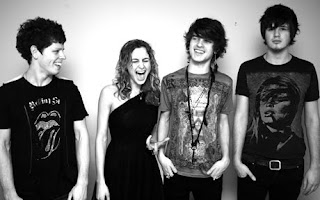 But that was then and this is now and what the industry seeks is safety and safety is best represented by bands with drive, work ethic, talent and an inbuilt aversion to rocking the boat. Here's an example of such a young band:

have got off to an impressive start, tweeted by Stephen Fry as perhaps the next big thing, signed to Chrysalis Records and nominated for the Ivor Novello Award with a lot of airplay from the likes of Tom Robinson, they along with other tousle haired, good looking and charmingly nerdy bands like the Mumfords and Noah and the Whale are all coming across as good prospects with glittering careers ahead of them. 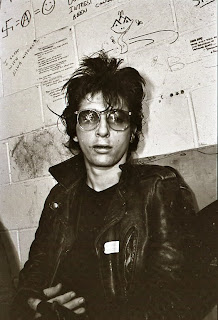 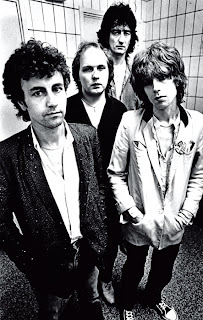 But is this really the future of rock music?  Is there nothing beyond the spawn of Peter and Gordon, I mean even Keane seem dangerous in comparison. I know Johnny Thunders and the Heartbreakers

and Peter Perrett's The Only Ones

are used as examples of what not to sign, when young record execs are being put through their training programs but music is art chaps and art is at it's best always kicking against the society that spawns it. However art has long been regarded as the road to impoverishment and destitution - especially these days. 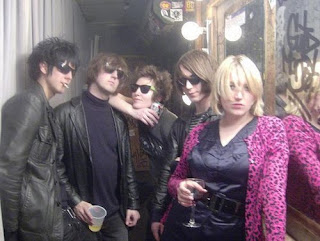 Well the good news is that there are still bands out there who are not at all fazed by the thought of going out on a limb. Bands that are not going to be accorded the spotlight of  establishment approval or nominations for establishment  gongs but are creating waves of their own. One such band was until a year ago "The Manhattan Love Suicides

", signed to a couple of small quirky labels - Squirrel and OddBox, they produced the most exquisite fuzzed out music somewhere along the lines of The Shangri Las meet The Jesus and Mary Chain and sung in an ever so slightly off key voice bringing back happy memories of The Primitives, the overall effect was both compelling and totally mesmerizing. Here they are with the infectiously elegiac "Head Over Heels", in a brilliantly edited and charmingly sick video directed by Ian Schultz: 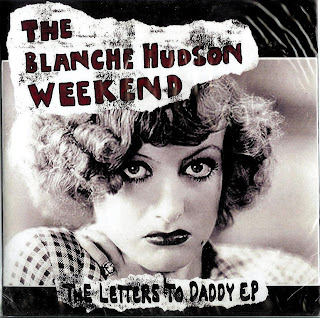 called it a day, when they were still at the top of their game because they wanted to stop while it was still fun and before it went stale. Now 50% of the combo, as in maestro of the scuzzy guitar Darren and chanteuse Caroline now sporting a tres chic Myra Hindley hair-do have relaunched themselves as The Blanche Hudson Weekend

. As with the The Manhattan Love Suicides all their music is released to vinyl (these people have soul) and for convenience sake you can also download their music.

- just catching it's breath.
Posted by Peter Richardson at 10:52