A Prequel to Harry Potter???

Long before J.K. Rowling worked her magic on a boy wizard at a boarding school for neophyte spell casters, the artist Steve Lavis was commissioned to do a series of book covers for a speccy wizard kid centered around a couple of books by noted American fantasy author John Bellairs.  Bellairs career had taken off in a new direction, when in 1973 following on from the success of his Tolkien'esque "The Face in the Frost"  the second publisher that he approached with a script for an adult fantasy novel suggested he rewrote it for a younger audience.  The book titled "The House With a Clock in it's Walls" had been followed by another fourteen young adult fantasy novels of which these are two. 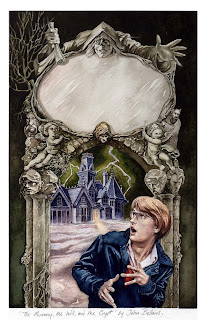 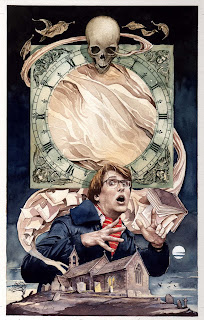 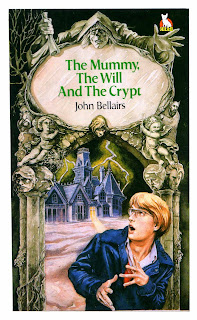 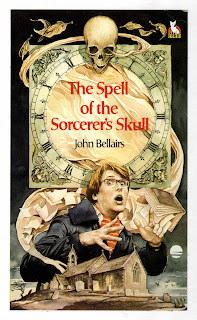 They still look amazing some twenty years on:
Posted by Peter Richardson at 12:15