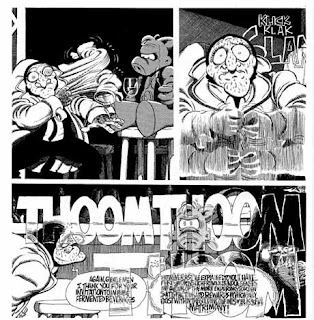 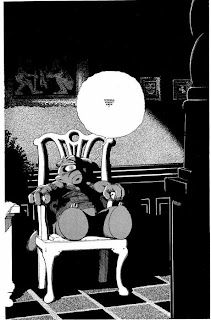 I had a phone call from David Orme scribe and fate caster of all that occurs on Cloud 109, yesterday. He'd spent a day at the London Book Fair, which was apparently a pretty drear affair with a lot of sparsely populated stands as the movers and shakers that would normally have been in attendance at this show were unavoidably delayed courtesy of Icelandic volcanic ash. That country's recent celebrity status as Europe's first (but sadly not last bankrupt economy) had evidently given even the Eyjafjallajokull volcano a taste for publicity. 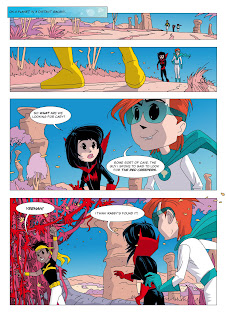 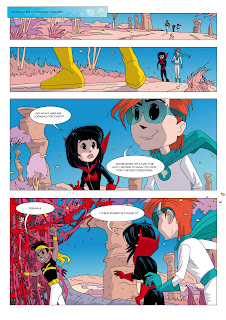 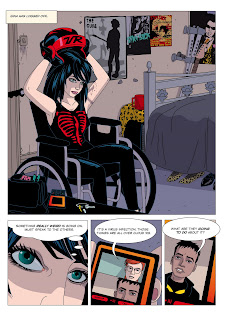 Anyway to cut to the chase he had gone armed with some printed copies of our Cloud 109 proposal, and got engaged with some of the exhibitors there who had graphic novel stands. He showed them our baby, and as they peered amongst the swaddling clothes they proclaimed the infant to be a young and lusty creature full of promise, sharp of intellect, fair of face, a bonnie child in all respects save one - by this stage the infant had kicked aside it's blankets and exposed a rubbery leg. Now all infants have rubbery legs but the hope is that they don't have an Achilles heel. It was this potential Achilles heel that the men from Europe's bastions of bande dessinee focused their gaze on. 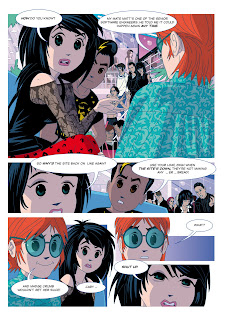 It was in effect the lettering! It was deemed to be dull and lifeless and "By George!" I thought - they're right. The lettering that I had chosen from my Operating System's font library was total crap in context of the job I was asking it to do. 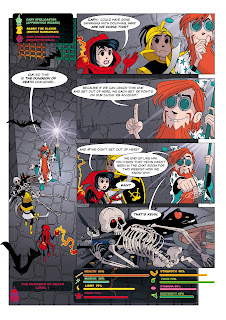 Rewind film some nine months, I did make an attempt to sort out some cool lettering without (ulp!) having to faff around trying to create my own typeface in Illustrator. So I checked out Garen Ewing's (he of Rainbow Orchid fame book two due out shortly) always fascinating blog, where he has very helpfully detailed his ongoing refinements of the lettering he evolved for Rainbow Orchid. He was initially recommended WhizBang as a pretty good all purpose comic book font. So WhizBang it was, I went online paid for the download and away we go. 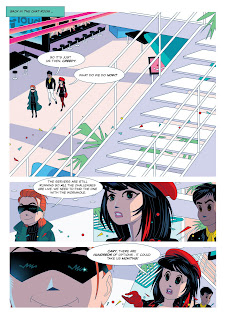 The only problem was that a short while later Illustrator which had previously been a very stable piece of software would abitrarily start quitting on me. A bit of Googling later and I discover that something as apparently innocuous as a downloaded font can create a lot of bad voodoo on your computer. So I incanted a prayer and nuked the font with my trusty AppZapper.


Hey presto! Everything working fine again but no cool font but what the hell I thought, just get on with the artwork. But I was wrong, wrong wrong - oh so very wrong. 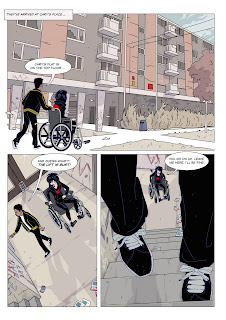 So I am now the soul of contrition and am now near obsessed with lettering, I've just downloaded a Dave Gibbons (International) style letter font from ComiCraft's excellent site and am busily injecting life into the previously dead zones occupied by Tekton Pro Extended.


Here's some before and after samples, plus a lovely Dave Sim Cerebus page to show what can be achieved by truly great handling of letter form. 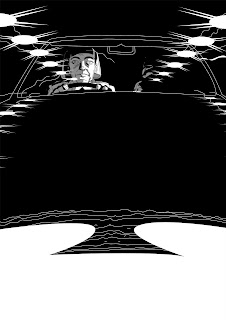 Just got to make sure that the old JuJu man is not burrowing into my hard drive.


And talking of JuJu makes me think of Wrong a blog cooperative venture where writers and artists pool their talents to create some disturbingly different stories. At the moment there's a really great short piece by the combined talents of  Norman Felchie and Alex Sheikman.

Pictured to the right is the first page of something I'm currently working up for Wrong - homage to Ditko, Krigstein and Motorways - more later!


The ranks are swelling but more are needed - so if you fancy contributing something give it a visit.
Posted by Peter Richardson at 10:42