The Magical Giants of Philippe Fix 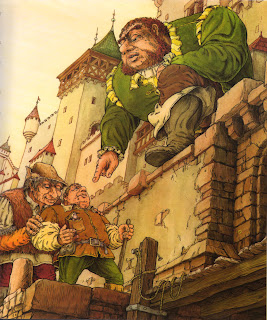 I can well recall the first time I saw this book. I was in my first year at Brighton Polytechnic as it was then struggling with typography and wondering when the illustration tutelage would kick in. It was supposed to be a three year illustration course after all and we were still on the illustration equivalent of square bashing. Being Brighton, at least you could check out the ample supply of book shops on your lunch break. 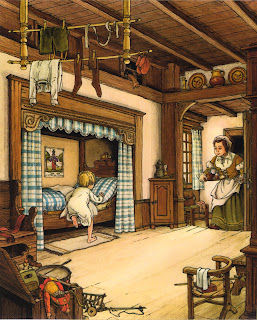 Anyway this was precisely what my colleague Peter had done and he returned in a somewhat breathless state, and with a deft flourish and a, "what do you think of THIS then?", produced from his Hatchard's shopping bag a book the like of which I had never seen before. And yet in a way I had, but there was something indefineable about this book with it's evident homage to the golden age of fantasy illustration mixed so adroitly with the here and now which immediately put it into the premier division of illustrated books from 1972.

Or any other year for that matter.

"The Book of Giant Stories" by David L. Harrison is a charming reworking of folk tale themes but the illustrator Philippe Fix very artfully makes the little boy around whom the action revolves a contemporary (for 1972) schoolboy. In fact he takes considerable historical liberties with historical accuracy in the way he throws together costumes and furniture, but the result is totally captivating in a way that a more slavish attempt to be more time specific would not have achieved. In doing so Fix has created illustrations which fully realize the charm of the stories and added an extra level of enjoyment to the text. 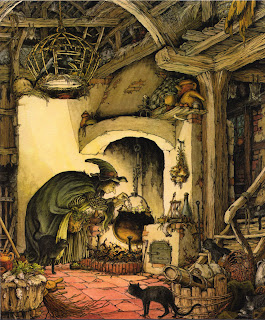 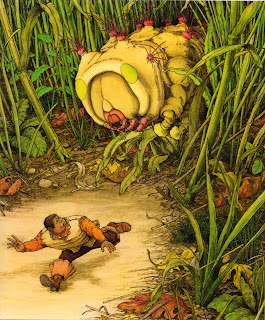 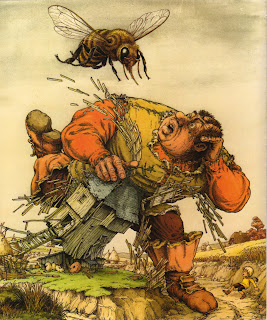 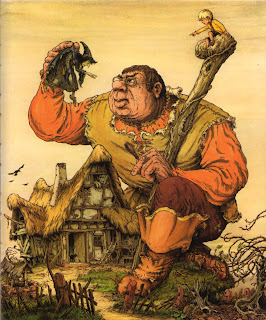 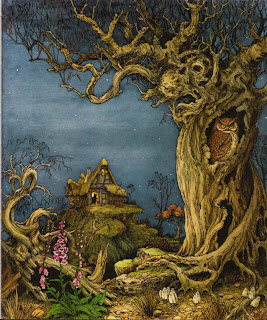 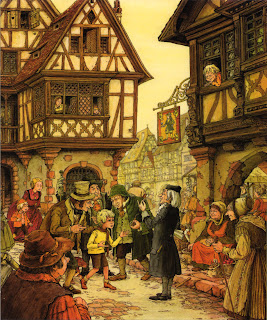 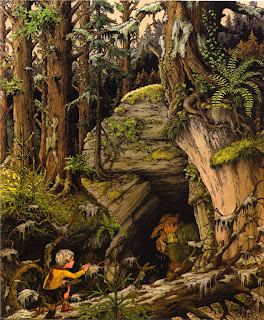 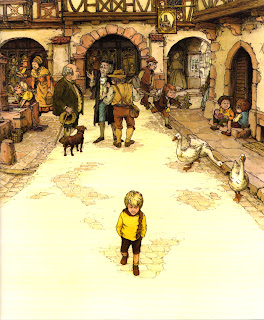 Illustration in it's purest sense.
Posted by Peter Richardson at 21:26