"Come Away, Come Away with William Tell"

Children's TV in the 1950's was literally a' quiver with arrows, aside from Injuns on the warpath, there was also:

and when you'd tired of that there was:

Come away, come away with William Tell.

Come away to the land he loves so well."

Actually a lot more edgy than dear old Rahbinnn Hood. The scripts were much more adrenalised and Conrad Phillips used to risk life and limb on those balsa wood stage sets - there was location filmimg too but Snowdonia rather than Switzerland. The one local cinema was used to view each day's rushes.

Script writing duties were divided between director Ralph Smart and a host of other screenwriting luminaries such as Leslie Arliss, Max Savage and Doreen Montgomery. In one memorable episode "The Unwelcome Stranger" the plot of "Bad Day at Black Rock" was deftly compressed into one thirty minute episode. 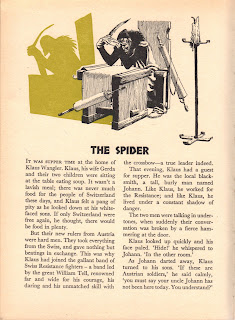 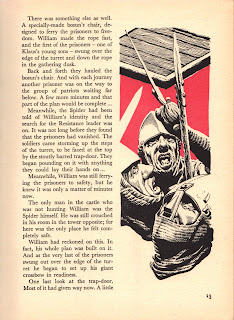 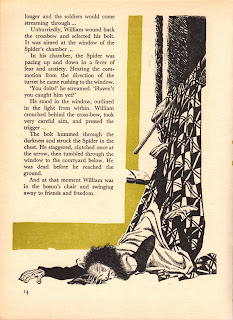 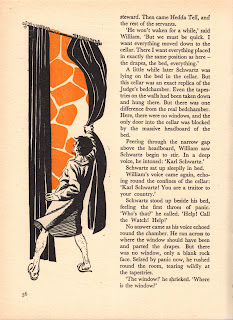 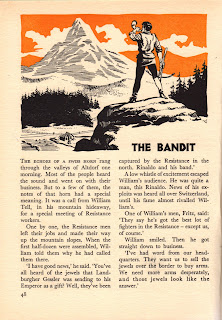 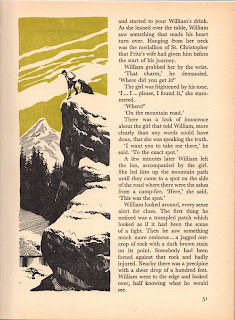 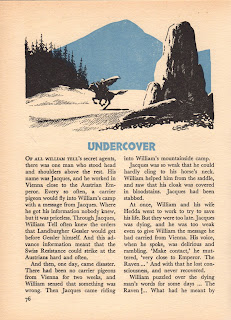 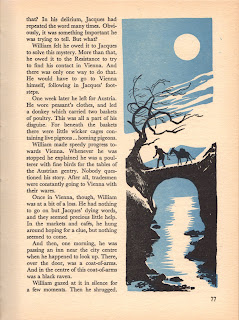 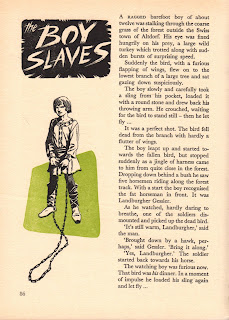 All of which now gives me an opportunity to reprise 9 illustrations from the 1961 "William Tell Annual" illustrated with considerable brio and panache by Ron Embleton's younger brother Gerry.
Posted by Peter Richardson at 20:32