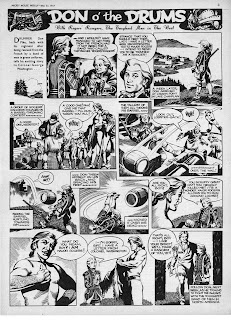 As I await the arrival of the proofs for the epic Book Palace Production of "Ron Embleton's Complete Wulf the Briton", I thought it might be timely to look at one of the strips touched upon in the introduction to this book. 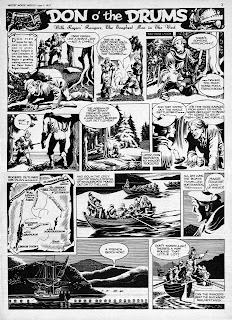 As a young artist Ron Embleton was incredibly busy throughout his twenties and even when he commenced Wulf he had various other projects on the go and one of his most beautiful strips was a subject close to his heart, "Don o' the Drums". 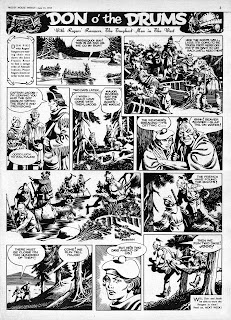 This strip which is even less documented than "Wulf the Briton", shows how well versed Embleton was in the very then (1957) vogueish "U.S. Comic Book" school of comic art. This kind of work in U.K. boy's comics  in the 1950's just looked so damn good and even now the strength and dynamism of Embleton's artistry is undimmed.

Once again I have to thank David Slinn for supplying me with some truly outstanding scans of these rarely seen pages from Mickey Mouse Weekly. 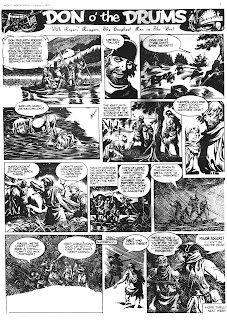 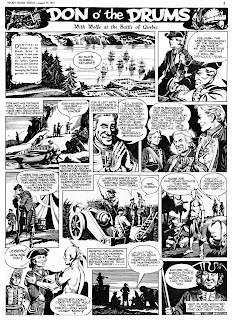 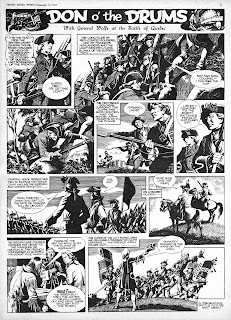 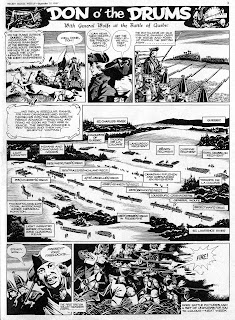 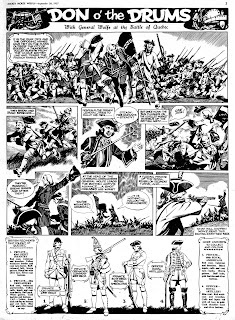 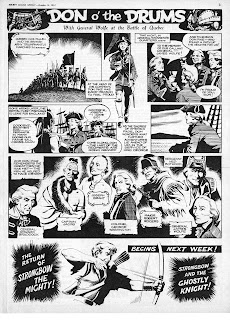 Thanks David - and thank you too dear reader for taking the time to check these out.
Posted by Peter Richardson at 15:28